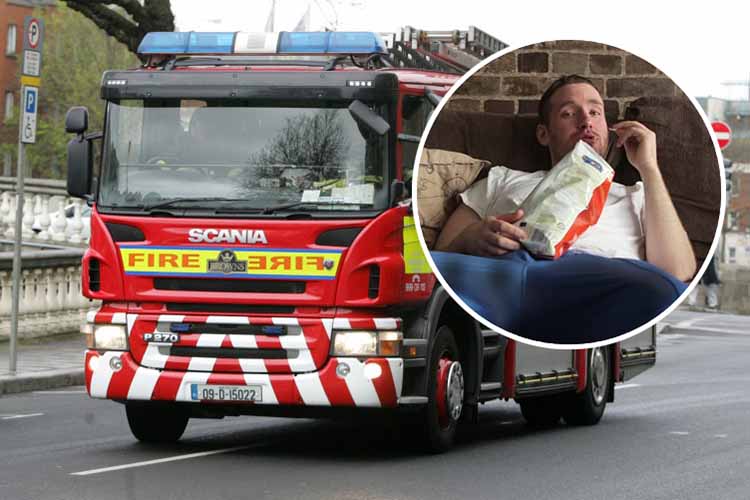 EMERGENCY crews worked right into the early hours of this morning after being called to a Waterford home where it is believed a man in his 30s had to get his tracksuit bottoms chiselled off of him.

The man, who has been in self-isolation in his home for the past three weeks, called 999 yesterday afternoon stating that he was now trapped in his caked on tracksuit pants as his skin had started to merge with the nylon material.

“We believe the man was wearing his tracksuit pants so long that nerve endings started to network into its fibers to such an extent that he could actually feel the pants as they slowly became part of him,” a paramedic at the scene explained, “we had to first inject his pants with a local anesthetic before we began to chisel them off of him”.

During the procedure the local fire brigade had to be called in to use the jaws of life to remove the crotch area of the tracksuit pants”.

“Old chocolate and crisp residue along with all varieties of human organic matter just built up over the last few weeks while he was binge watching TV programs during lockdown,” he added.

Following the rescue, which took several agonising hours, Gardaí and paramedics issued a stark warning for other people in similar states, urging them to change their ‘fat man pants’ at least once a week to avoid calling emergency services who are already overwhelmed with the Covid-19 surge.

“We understand that people may be less concerned about their own personal hygiene and couldn’t be arsed to change their at home clothes, but just wipe yourself down every few days so that you don’t become part of what you’re wearing,” they stated.