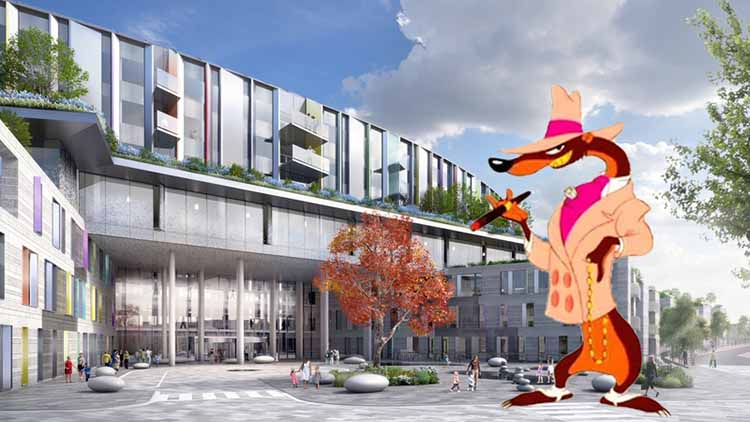 THE head of the company tasked with building the National Children’s Hospital has been revealed to be none other than nefarious weasel villain Scurbious McGillicuddy, who was last seen heading out of town on the front of a train that had just hit him, WWN can confirm.

McGillicuddy, along with his rogue band of cartoon skunks, porcupines and geckos, seems to have weaseled his way into a prominent position with the building development group BAM, as weasels are known to do.

From here, the cigar-chomping stoat-faced little prick was able to con the government into granting him the contract to construct the National Children’s Hospital, where he immediately set about grabbing well over twice the initial budget, in a scam not unlike the time he dressed up as a woman to trick rootin’ tootin’ cowboy Sheriff R.Lee Silly into marrying him and handing over 97 barrels of gold.

“What the fuck was I thinking; the name of the company is BAM, it might as well be ACME,” sobbed Minister For Health Simon Harris.

“I went up to head office to explain that running up the budget from 900 million to over €2bn was one thing, but having to explain to the public why the contractor was now engaged in legal proceedings over incomplete construction plans was another, meaning God knows what the final costs are, without so much as a single kid getting an MMR shot yet.

“When the developers swivel chair turned around, that’s when I saw for the first time who I was dealing with – that yellow-toothed little weasel, Scurbious McGillicuddy!” added Harris, his cheeks now steaming red from embarrassment.

Witnesses at the meeting also confirmed that Mr. Harris’ jaw fell all the way to the floor while his eyes went out on yard-long stalks as steam whistles blew out from his ear holes.