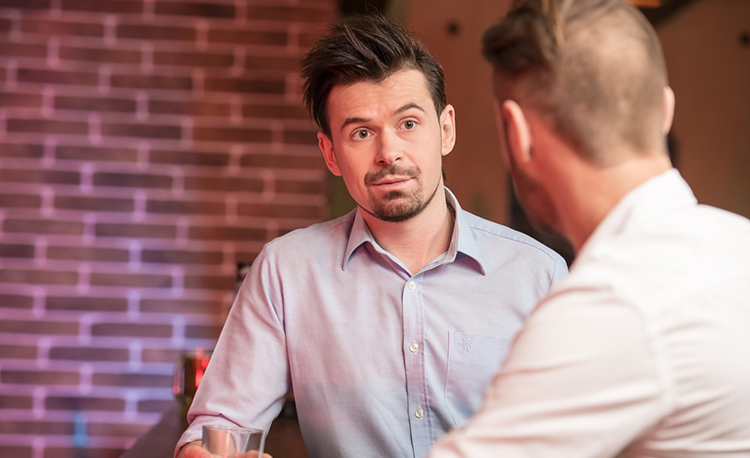 A COUNTY Waterford man who has managed to abstain from drinking for two whole days has confirmed he has never felt better, and if everyone could follow his example that would be great.

Dermot Ryan, recently christened a ‘fucking hero’ by friends, began divulging the benefits of his 49 hours, 32 minutes and 43 seconds off the beer, citing better focus, clearer skin and happier moods to a group of friends in a local bar.

“I can feel the weight dropping off me already,” the grandson of four preached as he supped on non alcoholic beer laced with sugar, “I might even enter a triathlon or climb to base camp at Mount Everest – the world, ladies and gentlemen, is my oyster”.

Ryan, who has drank most days of his 20s and 30s, called on friends and family to follow in his footsteps in the hopes of creating a healthier, alcohol-free society; the kind that would make it easier for himself to stay off the beer.

“If I can do it, anybody can,” he now reassured his friends, who were now finding it hard to listen to him due to their own, better alcohol fueled conversations taking charge.

As Ryan began succumbing to the luscious looking pints in their hands and the craic he remarked “Jesus, Tommo, there’s some head on that IPA, any good? I’d say it’s rotten, is it?”

“Ah, Dermo, it’s like if the virgin mother herself wept into it while Joseph played the national anthem on the harp with Jesus chanting the words in Hebrew,” his former drinking buddy replied, before cold shouldering him like the leper he was.

UPDATE: Dermot Ryan has since confirmed he has given up quitting alcohol and advised friends and family to never, ever let him slip up again.