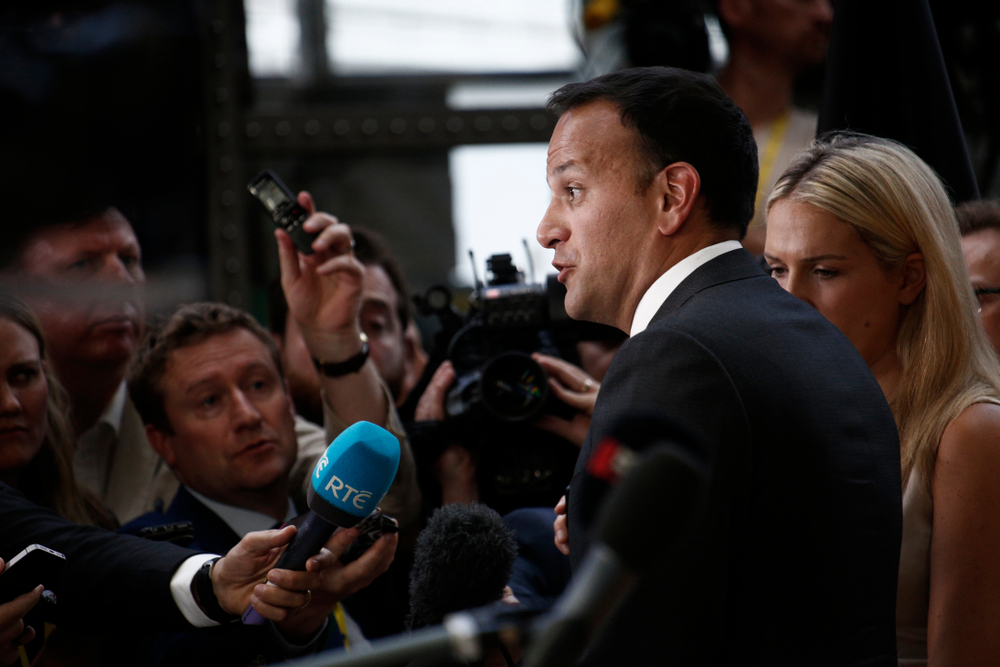 TAKING a break from so-called ‘exploratory talks between his party and Fianna Fáil over a failure to find anything to disagree on, Taoiseach Leo Varadkar has returned momentarily to his favourite pastime which some people have labeled as hysterical scaremongering regarding Sinn Féin.

“Sinn Féin are not a normal party; further proof of this is that they’re coughing up big phlegmy spits, they’re coronavirusing all over everyone. You didn’t hear it from me but pass it on, yeah?” the Taoiseach said in a briefing with sections of the media.

The Taoiseach-for-the-time-being also expressed no strong opinion on journalists wanting to write about how maybe, owing to this Coronavirus scare, all Sinn Féin public meetings should be canceled on health and safety grounds.

“Some of their members have even taken to wearing balaclavas to protect themselves from infection, write that down, are you writing that down?” added the Taoiseach.

Going on to suggest that it may have been easier for Sinn Féin to contract the Covid-19 disease due to their strong links to Communist China, the Taoiseach was keen to stress that the last thing he wanted was people needlessly panicking.

“Typical socialists they want to redistribute everything to everyone, even infectious diseases,” concluded the Taoiseach, happy his party’s policies and strong vision for Ireland have once again been relayed to the Irish public.

Elsewhere, the Irish Independent has asked if now is the time to hold another election just as soon as all Sinn Féin voters are put in quarantined lockdown in their homes.