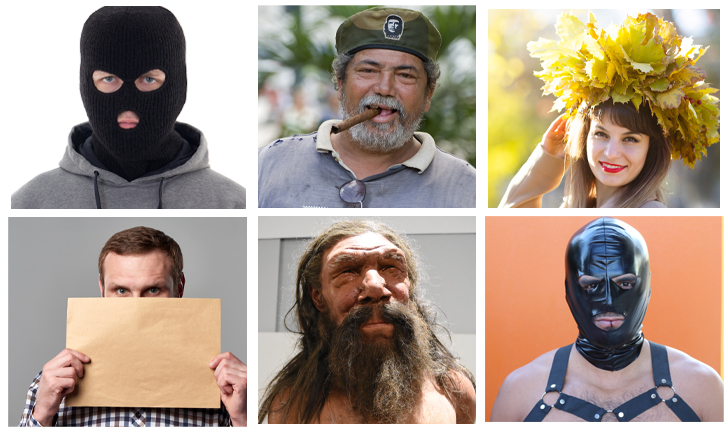 WITH the election just a day way many people have made their minds up on the parties and candidates they will be voting for. Here, they share their reasons with WWN.

Undecided on how to vote? Maybe these stirring testimonies speaking on the importance of voting will help:

“Why I’m voting for Fine Gael”

“There’s a lot of talk about clamping down on landlords, but none of it is coming from FG so that’s why they’re getting my vote. Imagine if I had to evict the nineteen Brazilian lads sharing the three bedroom apartment I rent out in town? Who’s going to break that to them? Imagine their little Brazilian faces” – John (53), landlord.

“I’m voting for Fine Gael because of how strong they fought for us on Brexit. Although, to be fair, look who they were up against. It was like watching Ali fight Stephen Hawking” – Aileen (37), accountant.

“The Children’s Hospital is a bit of a disaster alright, but look; it’ll all get sorted. And it’ll be ready for when I’m next going to be a child, at the dawn of my second life following the wonder of my reincarnation” – Alan (40), Emerging Markets Consultant at Google.

“I like how they can barely suppress their hatred of the poor, I respect that” – Conor (28), data analyst.

“Why I’m voting for Fianna Fáil”

“Fine Gael? Those pro-treaty bastards? Fuck no. You think I’m going to forget something that happened 100 years ago? Not a chance. FF all the way!” – Kevin (106), retired.

“I voted FG last time, so it’s FF’s turn. I like to spread it about between them, it’s only fair. Look, they may have ruined the country, but what’s the chances they’ll do it twice?” – Angela (49), retail manager.

“Recently, I was in a car crash and I’ve suffered terrible amnesia, like Tom Berenger in that movie Shattered. Anyways, who are these Fianna Fáil guys? I like the look of them!” – Fintan (42), car crash survivor.

“I like their made up promises they can’t possibly follow through on more than the other parties ones” – Vivian (61), biologist.

“Why I’m voting for Sinn Féin”

“I’m voting Sinn Féin because it’ll be funny to see how they handle power for a while, after positioning themselves as a pack of contrarians with all the answers for so long” – Leanne (26), HR manager.

“I was really impressed by their manifesto which I’m pretending to have read” – Ryan (41), solicitor.

“I’m a big fan of Irish Simpsons Memes on Facebook, and they LOVE Sinn Féin, so that’s good enough for me!” – Ciaran (21), memeologist.

“I’m all for a United Ireland, so it’s SF all the way for me. What’s that? The implications of a United Ireland on every single aspect of Irish life? Nah, not interested in any of that. It’ll be fine” – Laura (22), student.

“My Dad was in the IRA, so I’m voting Sinn Féin. He’d be delighted if he was still here, but he’s not because he was ran out of the north 30 years ago. I promise I’ll not let them find you, Dad! And when Sinn Féin are in power, I’m coming right over to 227 Estophol St. In Portugal to celebrate with you!” – Anthony (44), pub owner.

“Why I’m voting for the Green Party

“We are in the middle of a Climate Emergency. They’re the only ones consistent on the importance of a climate conscious economy from top to bottom. Health, transport, communities, farming… no, sorry, I can’t keep it up. I just want to feel superior to everyone else” – Niamh (42), business owner.

“These eejits will make me rich if they get in” – James (55), solar panel producer.

“I’ve joined the Saoirse McHugh cult. It’s kind of like Scientology only there’s no Tom Cruise and we live inside Croagh Patrick. I think I’d like it more if Tom Cruise was here.” – Niall (23), cult member, Tom Cruise fan.

“I strongly believe we should all live in mud huts like our ancestors, surviving on a single grain of carbon-neutral rice, with grass powered electric hoverboards. Vegan cows. Meat eating bees. Showering only in honey. I’m sorry I’m not gonna lie the peyote has kicked in, what were we talking about?” – Barry (31), nomad.

We could not find any voters stating a preference for the Labour party.

“Ah, it’s just a bit of laugh. Be funny like if they, like, if the right wing continued to grow in Ireland. Our politics is boring. Imagine proper violence and that, be gas – the left wing culture war snowflakes that actually only exist as a figment in my imagination would hate it” – Stephen (19), student.

“I’ll give my vote to anyone who agrees with me that travellers stole my Ford Focus in 1998. Anyone. Anyone at all” – Martin (61), angry all the time.

“I’m not racist. I’m not homophobic. But I’m certainly voting for the party that doesn’t have a gay Indian in it” – Mary (59), school principal.