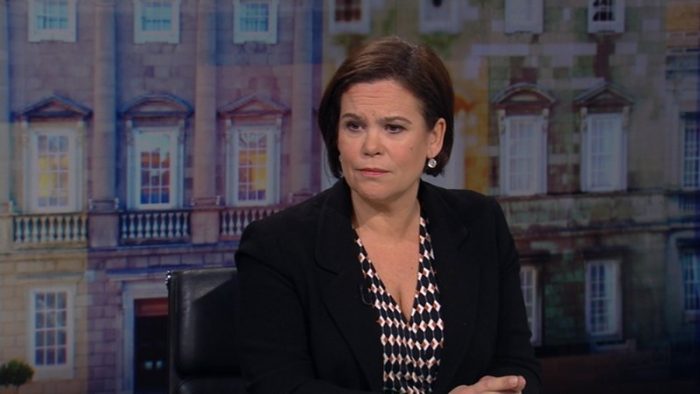 STILL absorbing the astonishing results of the latest Irish Times poll, placing them as the country’s most popular party for the first time ever, Sinn Féin are today putting on a brave face while screaming internally in panic at the thought of having to actually follow through on their many election promises.

Running only 42 candidates, senior Sinn Féin figures presumed the best case election results would only see them become the main opposition party to a Fianna Fáil/Fine Gael coalition, where they would be safe from having the actual responsibility for solving the issues they claim to have the answers to for another few years.

“We just wanted 5 years in opposition saying ‘we have the answers’ not actually being voted in for 5 years of proving we don’t. Fuck, I’ve to get everyone cheap insurance,” Pearse Doherty said, now covering his ears in an attempt to drown out the noise from a crowd of voters out on the street who had been chanting “What do we want? General, Non-specific change! How do we want it? Low on the details!” in a zombie like fashion since dawn this morning.

“Oh God no, I’m going to be Minister for Health, no, no, no” shared inconsolable Sinn Féin TD Louise O’Reilly.

“Should I admit to being in the RA? That’ll put enough people off, right?” a panicked Sinn Féin leader Mary Lou McDonald said to party colleagues, forgetting it was important for the party to save face and pretend they wanted this level of support and the responsibility of being a major government partner.

“C’mon, surely voters knew we were only half messing when we said we’d have a house, hospital and a United Ireland for everyone? Like, we were only doing the election promise thing, we didn’t think they’d believe us,” McDonald said slumping back in her chair, hours before she had to go on live on national television and pretend all over again.

Sinn Féin then issued a statement asking their passionate supporters to refrain from calling everyone whopoked holes in their policies ‘neo-liberal West-Brit Blueshirts’ and that “hey, you know, we’re just saying maybe these guys might have a point”.