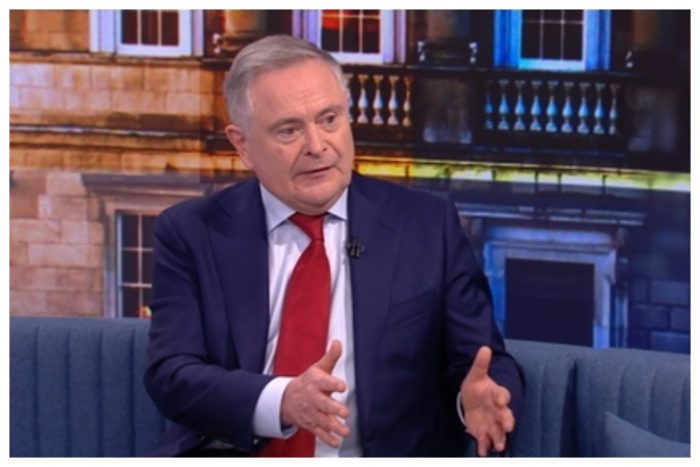 ALTHOUGH the upcoming General Election has brought out some of the ugliest inter-party fighting that the country has ever seen and the nation remains numbed by the scale of the homelessness and health service crises, there was a moment of levity earlier today as the Labour party insisted that they too should be invited onto the upcoming leaders debates on RTÉ and Virgin Media.

The debates remain a point of contention for Sinn Féin after it was announced that only Fianna Fáil’s Michael Martin and Fine Gael’s Leo Varadkar had been asked to take part, but even the most battle-hardened political commentators had to smile when Labour leader Brendan Howlin had the audacity to suggest that his party deserved a seat at the table.

Politicians from all sides of the political divide broke down in peals of laughter as a red-faced Howlin stamped his feet and insisted that the Labour Party was still relevant in Ireland, despite poll numbers that confirm the opposite.

“So the latest polls have only four points between SF, FF, and FG. Labour? They’re lucky to have four point, total!” guffawed one politician we spoke to.

“And… and they think they’re still a political force in Ireland? Ah come on now, that’s a good one. It’s bad enough you have Mary Lou about to rupture a blood vessel if she’s not let on, without Brendan Howlin throwing his toys out of the pram too. Lads, it’s been a rough year already, so keep laughs like these coming!”

The hilarity of the situation is proof that the country is not ready to forgive Labour for their transgressions, even though they seem to have let Fianna Fáil off scot free.