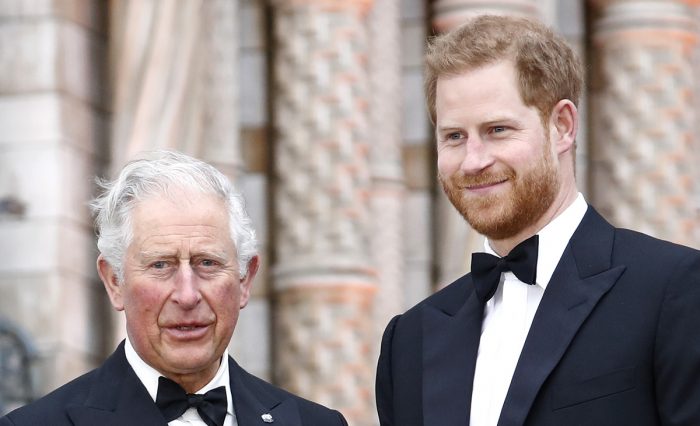 AS Harry bids a fond farewell to his native home in search of a better life fending for himself in the wild beauty of the plains of Canada, he has rounded up all of his family members and Prince Charles for one last hurrah.

Harry, who will spend his life eating Walrus meat and wearing leather hides on the harsh arctic tundra of the Canadian wilderness with his wife Meghan Markle and their son Archie, sobbed openly while hugging his father closely for possibly the last time, before turning and giving Prince Charles a firm handshake.

The prince then shook hands with a number of his late mother’s closest friends, including a number of ex-lovers who managed to survive a spate of motor traffic accidents in the late nineties, and the entire England Rugby World Cup 1983 squad.

“I’m going to miss them all, and that Charles lad” said Harry, the only ginger royal for some reason.

“But I’m going to take everything I learned from my father and apply it to my own life, to be a great role model for my son. I’m not going to pay much attention to anything that Prince Charles chap ever taught me though; cheating on his missus with Camilla Parker Bowles? Nah, you’ll be alright Charlie. Cheers for the massive wodge of cash, though, that’ll buy me some amount of fishing hooks and bear-fighting knives”.

Harry, who will from here on out by known as ‘Harry Of The North’, then stepped onto a single-propeller seaplane and flew off for the west.