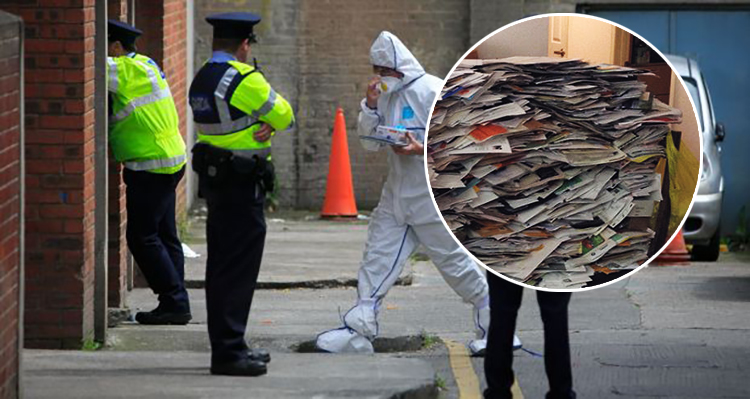 PARAMEDICS were called to a Dublin man’s house after he was left trapped under and ultimately crushed by a deluge of election campaign leaflets fired through his letter box following the first weekend of 2020 general election campaigning.

Declan Brohan (59) had been looking forward to the arrival of candidates at his door as it gave him an opportunity to give out over and over again to someone who was not his wife or kids, however, tragically for Brohan he never got the chance.

“The collection of leaflets covering the victim carried the same weight as a concrete building, he never stood a chance,” said one paramedic, looking on at Brohan’s flattened body covered in various promises by candidates to bring a world class road, swimming pool, hospital, school, better looking women, football stadiums and factories to the local area.

With the number of political parties not worth voting for growing by the day the volume of leaflets with cold, dispassionate faces emblazoned on them has increased exponentially, directly leading to this avoidable tragedy.

“We would appeal to politicians and their campaign helpers to honour signs above letter boxes which say ‘No Bullshit Promises’ please and refrain from posting,” shared the paramedic.

The paramedic went on to reveal Brohan’s stomach and wind pipe become stuffed with leaflets as well as suffering thousands of paper cuts, but most distressing of all Brohan’s new shirt, which he has only bought the day previous, had several pronounced smudged ink stains.

While no election candidate was available to comment they are all expected to put in an appearance at Brohan’s funeral.