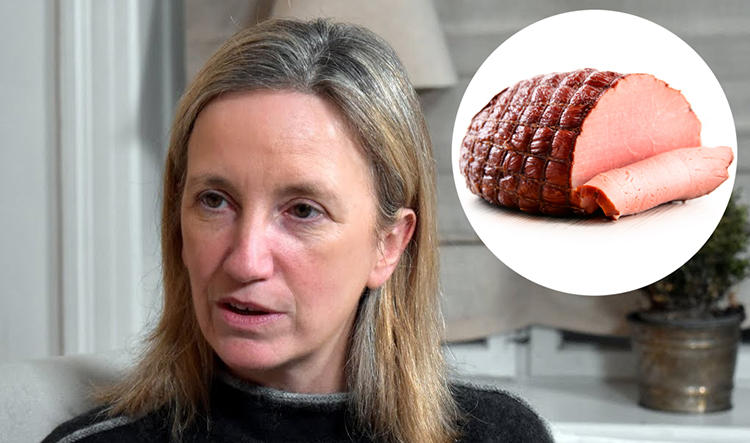 WWN have opened a case file to examine what links may exist between controversial political hopeful Gemma O’Doherty and some of the biggest pork processing corporations in the country; and we’re determined to blow the piggy lid right off this thing.

We began our investigations into O’Doherty, a dead-cert for the Fingal seat in the upcoming by-election, after she posted a video in which she stormed into a Halal butcher shop and demanded sausages and rashers, before denouncing the lack of pork in the store and storming right back off again.

Surmising that there’s no way that the beloved O’Doherty could possibly be racially abusing the staff member of the shop, WWN was left with only one logical possibility; she’s on Big Pork’s payroll.

Although we have no evidence that O’Doherty is in the pocket of Big Pork, which she describes in the video as ‘the nation’s favourite dish’, which, okay, yeah it is nice, we suppose. However, we cannot begin to comprehend the implications of any other suggestion as to why she would go on such a ham-filled tirade.

It would mean that O’Doherty is not in actual fact who she claims to be, and is in actual fact a racist lowlife who verbally abused a Halal butcher in his place of work… we’re not seeing it, quite frankly.

It would mean that we live in a world where you can post racist videos on a social media platform as revered and righteous as Facebook, to an audience of thousands of dangerously right-wing headcases… surely not, reader.

And it would mean that we live in an Ireland where you can openly abuse a civilian based on their race or religion without fear of any sort of legal reprisal… which, you’ll agree, is preposterous.

It all adds up to one thing; the greasy fingers of the Pork Companies, using O’Doherty as their mouthpiece to spread the word about Irish Pork, and denounce everything else. There is no other possible explanation.