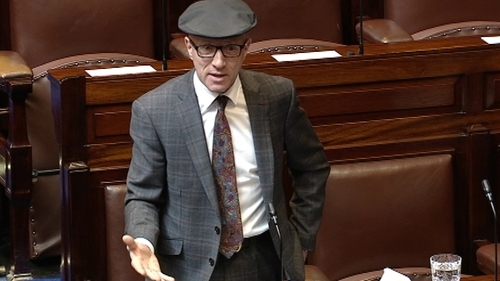 INDEPENDENT TD Michael Healy-Rae has called on the government to reexamine laws on drunken assaults, stating that current laws are “draconian” and “biased against rural Ireland” after two of his adult children were found guilty of assaulting a man this week.

Kevin Healy-Rae, 22, along with his brother Kerry County Councillor Jackie Healy-Rae, 23, had denied assaulting Kieran James with another man, the three claiming the man repeatedly kept running into their fists and legs, where he sustained a broken nose, chipped tooth and bruises.

“These laws are only there to keep us poor eejits in Kerry in a little cage like we’re some kind of savages,” Michael Healy-Rae said while speaking on the back of a Healy-Rae owned truck, on a Healy-Rae laid road outside the Healy-Rae built court to Healy-Rae birthed reporters, “what are three lads supposed to do when someone constantly smashes their face off their knuckles… sit around and smile?”

Local supporters of the Healy-Raes slammed the government’s ongoing attack on the family, pointing out that the men never once assaulted them and that’s all that matters.

“Dubs think that drunkenly assaulting someone is above them, well, we’ll show them,” one man shouted out before clothes lining a passing tourist, smashing his head off the pavement, knocking him unconscious with blood trailing from his ear.

It is expected that the guilty verdict against the Healy-Rae brothers will now increase their chances of being elected.