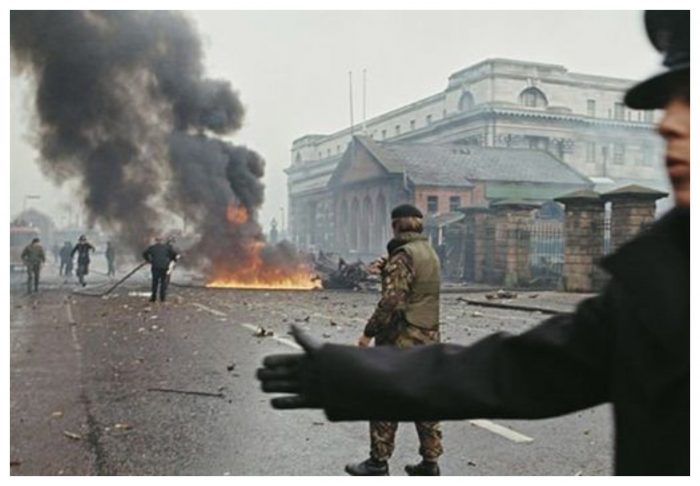 A NEW poll taken in Northern Ireland has shown that the majority of people living in the North and in surrounding border counties are okay with not being shot, blown up, burned or otherwise harmed, and show no desire to invite any such hassles upon themselves.

The results come at the worst possible time for the UK government, who were tantalisingly close to convincing all concerned parties that a return to a hard border following a no-deal Brexit would indeed cause a flare-up in violence in Northern Ireland, but ‘they love that kind of thing over there’.

Prominent figures from both sides of the Tory-DUP coalition are currently struggling to convince the population of Northern Ireland that although they may have to endure the risk of death and dismemberment for the foreseeable future, at least they’ll have [copy required].

“The poll shows clearly that people from Northern Ireland, or ‘Nordies’ as they’re known, have sort of had their fill of death and misery” said a spokesperson for Boris Johnson’s other spokesperson.

“Which is annoying, because part of our whole plan is to crash out of the EU and leave the north as a hugely divided, incredibly angry rogue state with massive scope for illegal activity, smuggling, gang violence and all the associated paramilitary hoo-ha that goes along with it. So this poll couldn’t have come at a worse time, to be honest. Blimmin’ bungled us right up, it has. Sod it, the lot of it”.

Although the North has given a resounding ‘fuck no’ to a return to the Troubles, it’s possible that they may return on a 30-day rolling basis following Brexit.