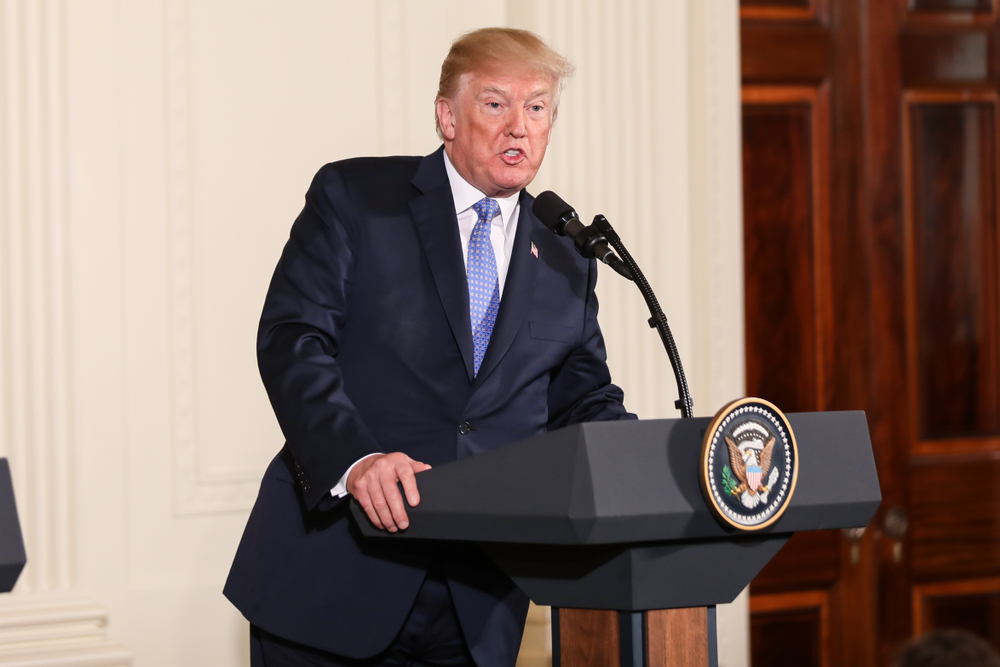 A US federal court of appeal has ruled that US Donald Trump cannot block his vocal critics on Twitter as it would impeded their First Amendment right to free speech on matters of public concern.

The thin-oranged-skinned Republican will now have to unblock 7 of his critics who were part of the successful legal challenge and paves the way for those who oppose or disagree with Trump to pile on him on the social media platform.

Just in case you’re at a loss at how to criticise, interrogate, call-out or insult President Trump, WWN has created a handy list it is happy for people to use should in direct Twitter communication with the Toddler-in-chief if the urge arises:

Ask not what your country can do for you, ask what is this cunt doing running the country?

The exact embodiment of the antithesis of all the positive traits of humanity rolled in shit and put in the microwave for 4 days before being passed through the digestive system of a rabid raccoon.

The greatest cure for female heterosexuality.

What do you and alleged paedophile Jeffrey Epstein/your friend have in common? Guess we’ll find out in court.

You are all 10 people on the FBI’s most unwanted list.

The biggest tragedy of the Vietnam war is that you did not die there.

I have full confidence in your ability to drown in the shallow end of the swimming pool.

You’re a medical marvel. Honestly, this has got to be the longest running stroke on record.

Like the wall of China, your insecurity is visible from space.

You’re likely to be the first president assassinated by a McDonalds diet.

Donald Trump has a hairstyle as fraudulent as his tax returns.

You give off big micropenis energy.

You are a YouTube car crash compilation taken human form.

Wow, never seen a malignant tumour ever grow on an actual country before.

You are the flagrant stench of shit for the eyeballs.

You are the by-product of inept Bond villain mating with a blow up doll.

You are the marmite of people.

I genuinely can’t tell the difference between you and a discarded wotsit which has picked up a few blonde pubes along the way.

The single most pressing example for why the death penalty isn’t necessarily a bad thing.

You’re not stupid, you just have bad luck when thinking.

You look like you work in a brothel where the only patrons are stupidity and arrogance and they’re repeat customers.

I knew it was a mistake for scientists to fuse a used condom to a burning crossing.

You have the misplaced confidence of someone with more than two brain cells.

There’s no need to insult your appearance, the mirror does that just fine.

You’re the poster child for why people should get abortions.

You may have the small petite hands of a T-Rex but you only a fraction of its brainpower.

You look like semi-deformed popcorn kernel that never fully popped.

Your father hated you so much he encouraged you to run with scissors.

I don’t see why the world has to pay for how little you were loved as a child.

Scarlet for your Ma.

You look like the sort of person who criticises the portion sizes at all you can eat buffets.

So many words available to insult you yet so few you’d understand.

I’ve seen portaloos at the International Curry Festival in better shape than you.

You’re racist, xenophobic, sexist, a crook, a coward, corrupt, irrational, idiotic and a potential threat to civility and harmony all around the world but on the plus side you’re overweight and with life expectancy in the US at 78 years of age, all we have to do is wait for you to attempt a jog.