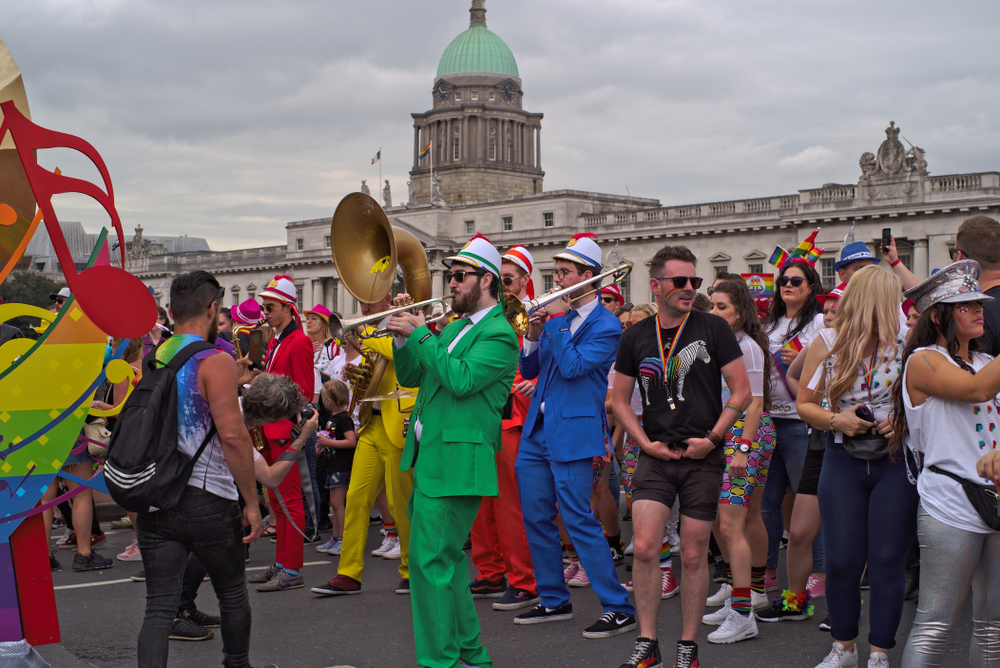 THE city of Dublin awoke to its usual Monday morning rush this morning only to find bits of glitter in absolutely every nook and cranny across the city, WWN can confirm.

Commuters reported small bits of the multi-coloured sand-like substance everywhere along their route with many trains delayed due to glitter on the tracks.

“Both the Dart and Luas are running 35 minutes late due to the glitter remnants,” explained a rail spokesman, who was also covered head-to-toe in glitter.

It wasn’t just transport affected with workers in the city claiming latent fabulous was also present in the form of leftover glitter, found in everything from coffee, sandwiches, pastries, office printers and Liam in sales.

Irish Water has issued a boil notice stating that there are high levels of glitter in the city’s water supply and advised customers to filter their water if possible before consumption.

“People are just coughing and spurting out glitter, it’s quite funny really, apart from the other patients slipping on the glitter and hurting themselves,” said Doctor James Casey of St. Jame’s hospital.

The annual glitter storm is connected to a wave of gay pride which engulfs the city every year, and is expected to subside around Wednesday.