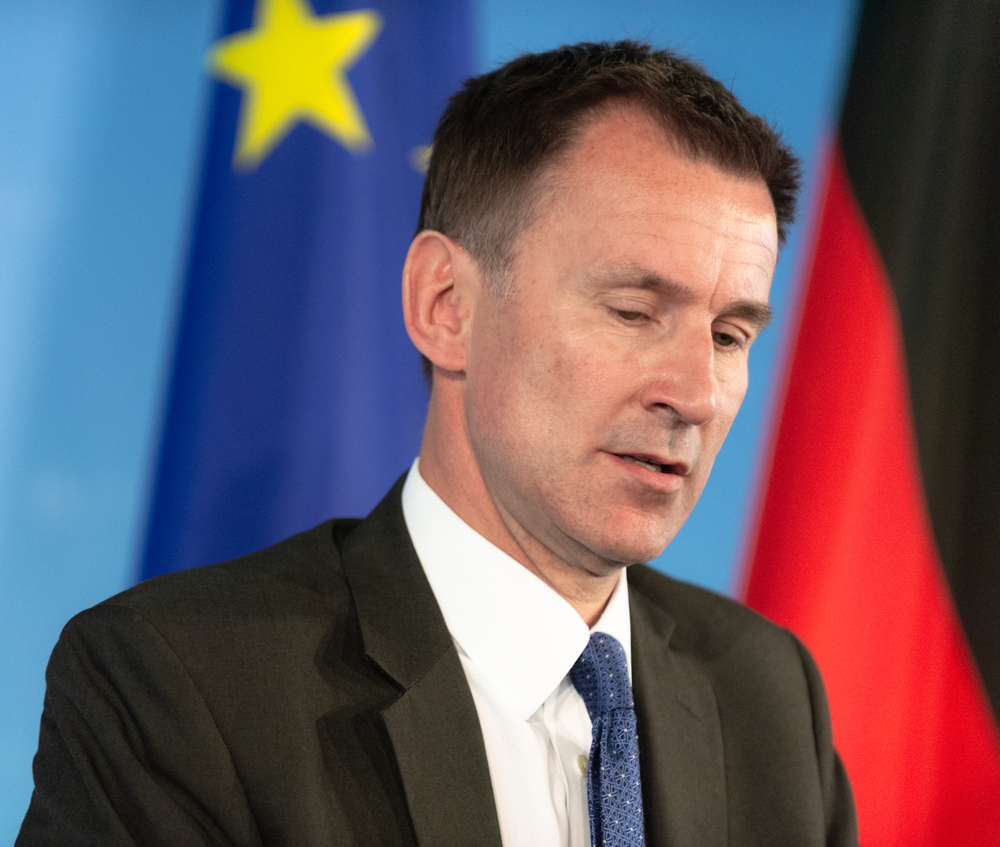 THE race to become leader of the Conservative Party has been whittled down to just two candidates, The Right Honourable Boris Johnson, and The Right Honourable Jeremy Hunt. Although plenty is known about Boris Johnson thanks to his tireless work as a political mastermind with a firm grasp on right and wrong… but what about his opponent, Jeremy Hunt? If you’re new to the Jeremy Hunt scene, here’s a few pointers to bring you up to speed.

Hunt was elected to the Houses Of Parliament in 2005, taking a seat vacated by Virginia Bottomley. Once again, we should point out that Jeremy Hunt is often accidentally referred to as Jeremy Cunt. On the news and everything.

Jeremy was appointed as a special Minister For The Olympics, overseeing the 2012 London games, before reverting to Secretary of State For Health And Social Care, a post that he held until 2018. During this time, he was called Jeremy Cunt, on TV, loads of times. You can see them on YouTube, and they’re all hilarious.

The vast majority of political spectators are firmly in favour of Jeremy Hunt becoming PM, as the unintentional mispronunciation of his name is way too funny to pass up.