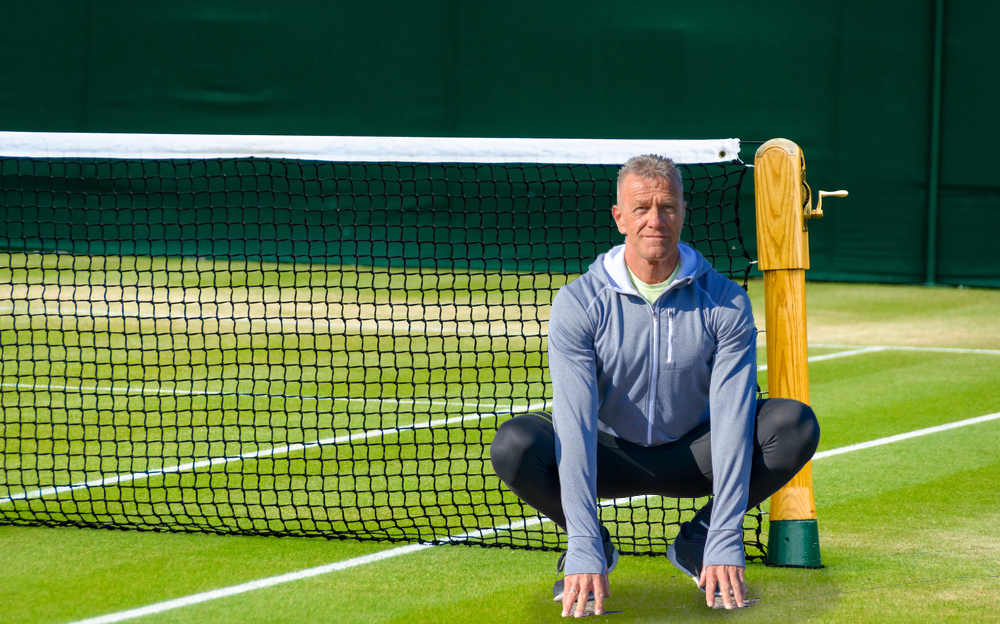 THERE wasn’t a dry eye in the house when the crowd on Centre Court at Wimbledon witnessed a historic moment in the history of tennis on opening day of this year’s tournament.

Responding and ultimately bowing to the years of pressure from viewers, tennis fans and Twitter users alike to make the tournament less stuffy, more inclusive and equitable, Wimbledon officials did away with their backwards hiring policy when it comes to ball boys and girls.

Visibly in some mild discomfort while holding the base of his spine as he bent down to retrieve a first serve ball which hit the net, 47-year-old Dennis Gibbons became the first ‘ball adult’ at the modern Wimbledon tournament.

“I need a lie down,” Gibbons said of his history making appearance which struck a blow against the societal scourge that is anti-ageism. “What did your last maid die of? Not even a thanks from the tennis players for picking the balls up for them, sun was in my eyes a bit too,” added Gibbons as he took a quick break between points.

“A lot of grunting from the players, it’s very irritating. Wasn’t allowed sit in their seats when they on the court even though I was knackered,” Gibbons said, an inspiration to all those adults with creaking knees that were told they couldn’t do the job of an unpaid 13-year-old child.

Gibbons is one of just 12 middle-aged adults who will are part of an anti-ageism pilot programme at Wimbledon this year even though they’d rather be at home watching old episodes of The Chase.