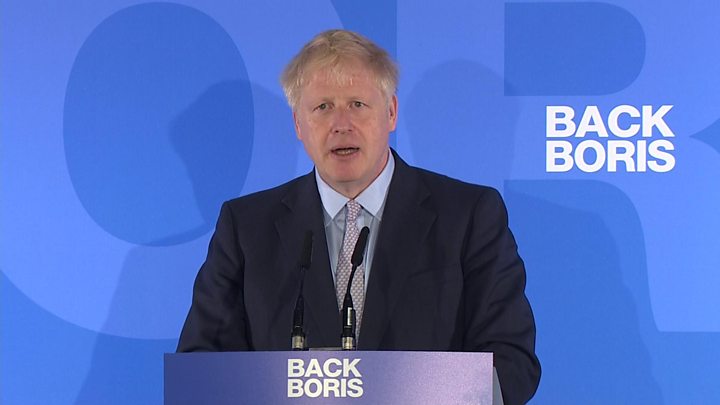 TORY leadership favourite Boris Johnson unveiled his ‘do or die’ plans for Brexit which were warmly received by the very people that will be most adversely affected, WWN can reveal.

Johnson pledged to leave the EU on October 31st with or without a deal, paving the way for a so-called Hard Brexit that could see Britain’s economy take what experts are calling ‘severe and repeated boots to the bollocks’.

“It’s do or die. By die; I mean obviously just the poor. We’ll all have to make sacrifices. By all, again I mean only poor people and by sacrifice; again I mean death. That’s about it folks,” explained Johnson in a speech the Daily Telegraph described as ‘Churchillian’.

“It’s the spirit of the blitz. We won two World Wars. Knowingly charting a course that will lead to the death of impoverished people – it’s as British as it gets,” Johnson continued, equating the deaths of millions of soldiers and civilians across Europe in the fight against the existential threat of the Nazis with voluntarily doing the bad Brexit.

“Margaret Thatcher, Rolls Royce, Falklands War, posh voice,” Johnson added now to the tune of Billy Joel’s We Didn’t Start The Fire, “No specifics, Bloody Sunday, crush the NHS… Boris of New York, EU compliant pork, Pope Francis, welfare checks, British politician sex – economy, blown away, what else do I have to say” Johnson muddled to a finish to wild and rapturous laughter and applause.

“Isn’t that the monstrous, venal cunt who said spending money on police investigations of historic child sex abuse was just money ‘spaffed up a wall’?” asked a passerby who was still tethered to reality.