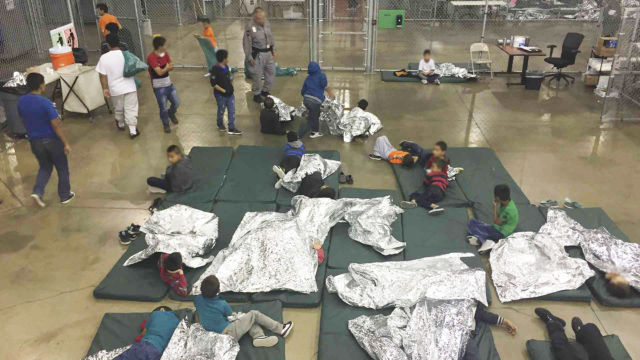 IN A BID to clear up any confusion relating to the rounding up and imprisoning of refugee and immigrant children without trial, often separated from their families for indefinite periods of time, America has confirmed that ‘yup, we’re doing concentration camps now’.

While some well meaning individuals have flooded comment sections of American news publications to point out ‘Obama’, it has been explained that ‘Obama’ or not, America is doing concentration camps for kids and the country now risked ruining its previously spotless human rights record.

With US government officials willfully making arguments in courts that refugee and immigrant children, separated from their families, do not need things like pillows, beds, showers, clothes or adequate food in privately run detention centres and that lying on cold concrete under florescent lights constitutes ‘comfortable conditions’, America has stressed for the hard of hearing that it is doing concentration camps now.

Facilities housing children have also been working incredibly hard to fight efforts by civil groups to find out how many children have died while housed in cutesy wootsy miniature concentration camps.

“Cool, cool, cool. Totally don’t need to know that information anyway, clearly not important. Nice, thanks. Plus, it’d be suuuuper depressing ‘cus we all know that figure is going to be much higher than we initially thought,” nodded America, trying to reassure itself.

Incidentally America has no previous experience with concentration camps as indiscriminately rounding up, imprisoning without trial and seizing the property of Japanese Americans in the wake of the Pearl Harbour attack was perfectly fine.

Elsewhere, the Trump administration has petitioned the Oxford Dictionary to change the definition of concentration camp to something else in order to make what they’re doing not so obvious and easy to call out.