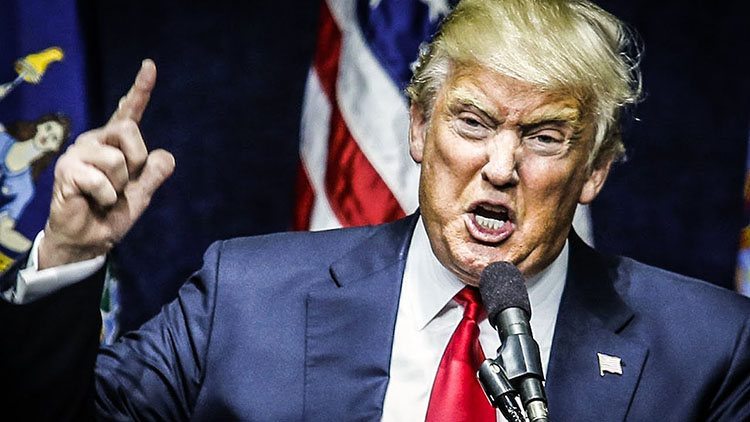 US PRESIDENT Donald Trump has called on the people of Venezuela for calm following spiralling tensions in the South American country.

Addressing acting Venezuelan President Nicolas Maduro over his decision to close the country’s embassy and consulates in the United States, Mr. Trump appealed for reason, stating “Just give us the fucking oil and gold reserves or we’ll Gaddafi your fucking ass”.

The measured approach comes after opposition leader Juan Guaidó attempted to overthrow Maduro, offering him amnesty if he gives up his position and allows the US backed politician to replace him.

“You produce more oil than Saudi Arabia and yet your country is broke,” Trump pleaded, who admitted to being kept awake at night worrying about the fate of the Venezuelan people. “Stop giving all your oil and gold away to Russia and China and let the US handle it for you so we can make everyone on the top end of Venezuelan society rich, including you,” adding “is that too much to ask?”.

Mass protests calling for President Nicolas Maduro’s removal has so far left 26 people dead and many more injured with no end in sight of America/Russia/China’s ongoing interest in yet another impoverished country they have no other reason dealing with but to pillage for natural resources.