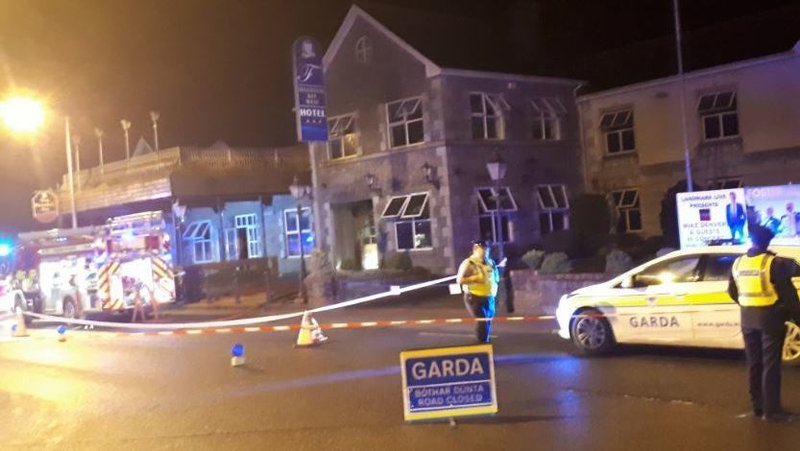 FIRE FORENSIC teams investigating a series of fires at hotels earmarked to house Asylum seekers in Ireland have concluded that the buildings spontaneously combusted of their own accord, WWN can confirm.

Investigators believe that the fires were not started by any one individual, but due to a national accumulation of racism which has been festering in the country over the past five years.

“Both fires seemed to have just started by themselves and we believe the cause to be a form of Pyrokinesis,” explained arson investigator Darren Tobin.

Pyrokinesis is the purported psychic ability allowing people to create and control fire with their minds. It is understood that when large groups of people filled with hate and ignorance want something so bad, it can manifest into a destructive force like fire and destroy a target within minutes.

“We believe that such is the racism in Ireland that both hotels in Donegal and Leitrim spontaneously combusted under the mental kinetic energy of the surrounding racists, sending the properties into flames,” Tobin added, “all you have to do is check out any comment section on any article about these two incidents to realise the level of racism in this country”.

Ireland’s underlying racism began floating to the surface during the recession thanks to the rise in right wing propaganda online which fed into the nation’s deep seated hatred for immigration, whilst conveniently forgetting its own mass emigration in the same period.

“They say the reason people hate others is set in the fact that they see something in someone else that reminds them of their old selves,” one expert concluded, “but to be honest, I think it’s really just down to the large number of thick ignorant cunts living here”.