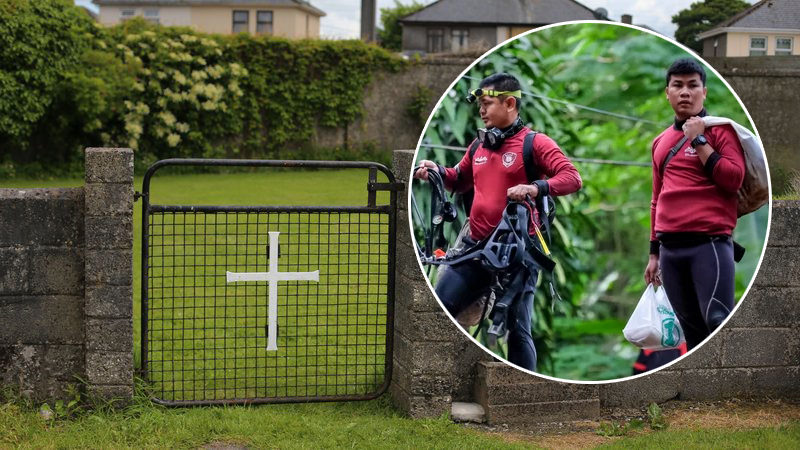 THE crack Navy SEAL team who rescued 12 members of a Thai football team and their coach from a flooded underground cave are to be flown to Ireland to see if they can help retrieve up to 800 babies and children out of a disused septic tank on the grounds of a former Mother and Baby home in Tuam, Galway.

Speaking exclusively to WWN, a member of the SEAL team stated that while there was very little hope for any child left in the care of nuns during that dark period in Ireland’s history otherwise known as the 20th century, they would try their best to at least keep the memory of the 800 infants alive.

The world watched on as the elite divers worked tirelessly for over a week to safely and successfully get the last of the boys and their coach from the Tham Luang cave in Northern Thailand, prompting some Irish groups to maybe look about doing something similar for the hundreds of children who have been buried underground in Tuam, where officials at the Bons Secours Mother and Baby Home left them there over 70 years ago.

“There is a lot of debate in Ireland as to whether or not the kids are in a septic tank or a disused water reservoir, as if that makes much of a difference,” said the captain of the Seal team, on a flight to Ireland.

“When we heard about the Thai kids trapped underground, we didn’t sit around arguing over whether or not their mothers were married or not married; we just got them to the surface as fast as humanly possible.

“We’re not sure why the kids in Tuam haven’t been dug out of that cistern and identified, and their names and memories honoured – the site was discovered over 6 years ago, so why the entire population of Ireland didn’t get furious enough to head west and claw up the ground with their bare hands is beyond us”.

Meanwhile the Thai operation in Tuam has been kept as quiet as possible by shame-fearing members of the Irish public, who would really rather the matter be kept in a big file marked ‘shit we don’t talk about’.