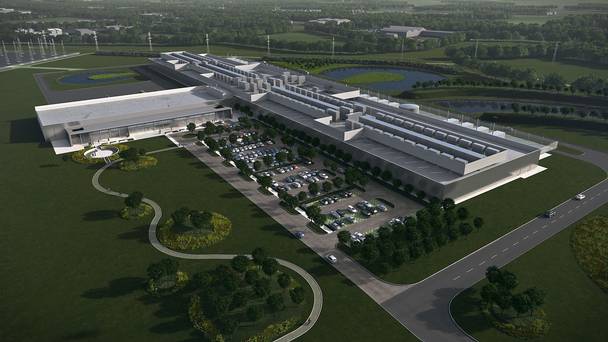 The news comes following the announcement of Amazon’s €1 billion data centre codenamed ‘Project G’ which will be built in Mulhuddart, which joins the currently in-construction Facebook hub in Clonee, as well as huge headquarters for PayPal and eBay in the area.

Such significant investment in the area makes the greater Blanchardstown area rank up there as one of the most technology-heavy landmasses in the entire world, with the added bonus that the Blanchardstown centre also has a Nandos and not one, but two KFCs.

“You can see why these gargantuan multi-nationals would look at a suburb like Blanchardstown and say ‘yes, that’s the place for us'” said one Blanchardstown resident, speaking exclusively to WWN before pausing.

“Actually, no… no, you can’t really see that at all. Unless these lads all got free passes to the Aquatic Center, you’d be hard pressed to understand why they came around here at all. I mean, the government didn’t even give the OK for a children’s hospital to be built out here, because it was deemed to be a traffic nightmare. So just why every fucking website in the world decides that fucking Ongar is the place to be is beyond me. Dublin Bus’ll want to stick on a few more 39s, that’s for sure”.

Several more multinational tech giants are expected to build huge data centers in the Blanch area over the coming years, where their completely accurate and above-board tax dollars will continue to the benefit not just the people of Blanch, but every man woman and child in Ireland.