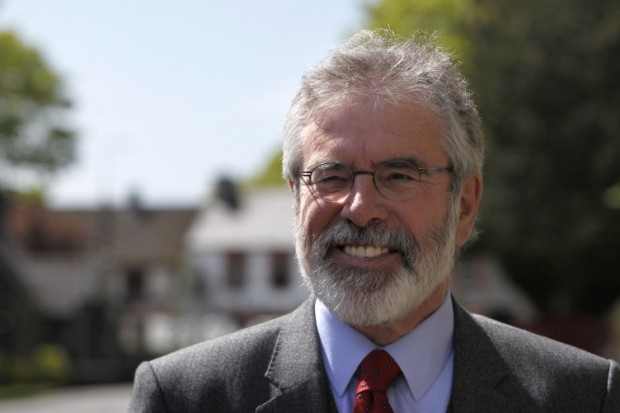 CONTINUED rumblings regarding the possibility of a United Ireland* in a post-Brexit age has brought the very real possibility of North and South becoming one again to the fore.

However, normal people from all across the island of Ireland may ask themselves what would such a thing look like? How could such a thing happen? What will be done in order to enact a United Ireland?

Well, the WWN Investigative Unit has carefully researched the subject and can reveal a comprehensive guide to what a United Ireland and its direct aftermath would look like.

1) There would be a fiercely bloody war fought, which would bring heartache to thousands of families of Wikipedia Entry Editors as they violently clash over who would get to update the entires on Northern Ireland, Britain and Ireland.

2) Natives in Cavan, Monaghan and Donegal would get incredibly pissed off at people congratulating them on being safely returned to the South.

3) Gerry Adams would ascend to Heaven immediately. If at the point of unification Adams has already been cryogenically frozen, he will be unfrozen to momentarily enjoy a United Ireland before being manually shot into space, presuming that in whatever year we’re living in, we still presume the location of Heaven to be in the sky above our heads.

4) Handing back the 6 counties will actually prove a lengthy and costly process, with over 500,000 labourers hired by the British government to dig up and hand back Northern Ireland, piece by piece.

5) This process would suffer delays as those south of the border begin returning the pieces after learning how much it costs to fund and run the North. Matters will be further complicated by the fact all mainland Britons will have turned feral thanks to years of post-Brexit woes and the subsequent apocalyptic wasteland that results from it.

6) Leaked plans from inside Leinster House reveal that the Giant’s Causeway will be moved to sit alongside the Cliffs of Moher as part of plans to form the world’s first specially designed Perfect Instagram & Snapchat Selfie Theme Park.

7) As an olive branch to reluctant Unionists who see Northern Ireland’s place within Britain, southerners will enact a special provision in the Irish constitution and stop wearing Celtic jerseys.

8) Several thousand unavoidable deaths will be incurred as politicians race to the top of the queue to take credit for uniting the island, crushing themselves in the stampede.

9) Northern Ireland will secede from the South within a few years of unification and stand alone as an independent country after learning just how annoying and inept the institutions in the South are.

10) Netflix will make a pretty decent TV virtual reality drama series about it though starring Liam Neeson in every role.

*the ‘United Ireland’ trademarked phrase belongs to Gerry Adams and the ghost of Eamon De Valera and has kindly been loaned to WWN for this article, free of charge.