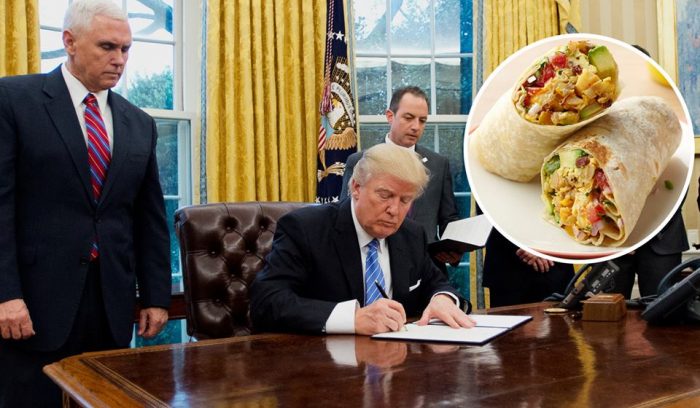 AS relations between the US and Mexico continue to crumble over the onerous issue of immigration and ‘the wall’, President Donald Trump has demanded that a range of Mexican foodstuffs be renamed to be ‘more patriotic’.

As thousands of tex-mex restaurants prepared to change their description to just ‘tex’, Trump went on to denounce anyone who still refers to freedom wraps as ‘burritos’ to be ‘among the most unpatriotic, dangerous people in the country’.

“Let’s just not question these things, okay? You can be one of two things; a red-blooded American enjoying a spicy, meat-and-cheese-filled freedom wrap, or a dirty flag-burning communist eating a burrito. Which would you like to be, eh? I thought so”.

Furthermore, Trump went on to declare that popular cartoon rodent Speedy Gonzales would be known as ‘Speedy Jones’ from now on.