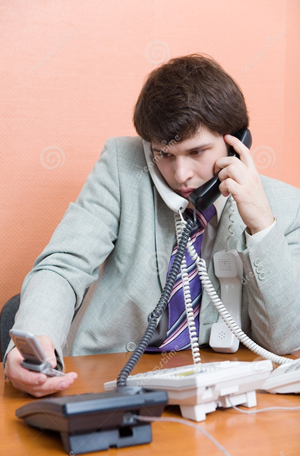 A NEW employee at Murphy & Sons Consultants has been making a name for himself by doing what is expected of him, it has emerged.

WWN can exclusively reveal that Polish man and new Murphy & Sons employee Jakub Gorski has been impressing his bosses with a work ethic rarely seen in the native Irish population. A source close to the office has suggested one or employees have reacted negatively to Jakub’s appointment, some even turning to violence.

“He seemed like a regular guy in the interview, in fact, he was my second choice but he started there yesterday and he is like a man possessed…with an inherent understanding of the satisfaction derived from doing a job well,” shared Jakub’s new employer Simon Murphy.

While Jakub has made a great impression with his new bosses, the rest of the firms employees, who are largely Irish, have questioned whether or not he is a good fit.

“Nothing against the guy obviously, but he’s going to get us all fucking fired if keeps it up,” shared distressed coworker Gareth Wilson.

It seems the animosity felt towards Jakub is born out of a frustration following the Pole’s clear disregard for long standing office etiquette.

“We’ve enforced a number of silent rules around here such as no answering the phone between the hours of 9 and 12 or after lunch from 1 to 5 but do you think Jakub listens?” shared irritated colleague Sarah Farrington.

Jakub is said to have ignored several other strict policies enforced by Irish staff such as ‘not arsed on a Monday’, ‘ah, I can’t concentrate it’s sunny outside’, ‘sure it’s practically the weekend’, and ‘I’ll be fucked if he thinks I’m actually doing that’.

“I don’t think Irish people are lazy,” shared boss, Simon, “but it is more like we struggle with the concept of work and how it relates to notions like reward and entitlement and the Poles seems so scared of having a moment to contemplate the existential quagmire that life so they throw themselves in to the work,” he concluded.

A number of Jukub’s coworkers are believed to already being plotting in order to get the productive employee fired. WWN has been informed a dead body has been placed in the boot of the Pole’s 99-D Toyota Corolla and the Gardaí have been informed.

Meanwhile Jakub was left confused by the rumblings in the office on just his second day at work. “Eh, I thought I was supposed to be doing this work, no?”