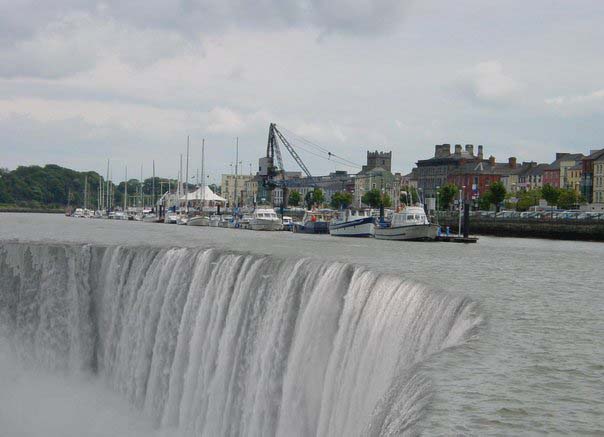 Due to Global warming and high levels of contamination in the water, the river Suir or ‘sewer’ has to be drained every 12 years in order to clean its mucky bed.

In 1975, a large plug hole and underground tank was constructed at the bottom of the Fjord by Waterford City Council.

The 12 metre drain was last opened on September 22nd, 2002, releasing millions of cubic tonnes of water into an underground holding facility.

The riverbed would then be cleaned of rubbish and raked by a specially trained team of river cleaners from Kazakhstan. The water would then be boiled, before being pumped back up using large industrial pumps.

The operation costs the Irish taxpayer €2.4bn for each draining.