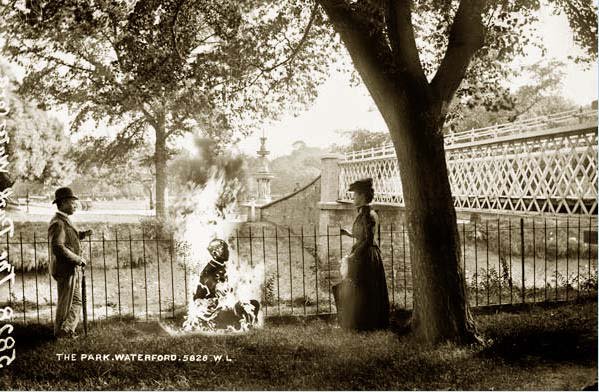 Due to sexual relations between unmarried couples being frowned upon by the Catholic church, courting men and women had to find alternative methods of expressing their love for one another.

Many of which may seem slightly extreme, even in modern day standards.

A ritual peasant torching was one of the more common ways in which a man displayed his ‘burning desire’ for his first lady.

At random, a male peasant’s name would be picked from a hat by the female member of the couple. He would be taken from his home by members of the local army and placed in solitude until his moment of glory.

The peasant family would be generously paid 3 and six pence in compensation for the future loss of earnings by the courting males estate. Then, after being marinated in paraffin oil for several hours, the human sacrifice would be brought to the couples ‘special place’, before being set alight and burned alive.

This proclamation of love was later banned in 1913 due to tough government regulations on carbon emissions.

The act itself gave birth to the saying: ‘Love is in the air’.