THE line-up for Electric Picnic has been announced, and fans of Waterford contrarian Derek O’Keefe are in for a treat as the renowned festival sceptic has been confirmed for Mindfield this year. O’Keefe, a favourite on the festival line-up Twitter pile-on circuit, will make his EP debut in Stradbally this summer with his tried and tested… Read more » 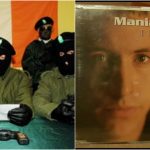 FOLLOWING a lengthy discussion with some people we met in the pub on Saturday night, WWN can exclusively confirm that the all-time classic floor filler Maniac 2000 is in actual fact a coded message from the IRA, in a bid to convince young people to sign up and fight for a unified 32-county Ireland free from… Read more » THE LINE UP to this year’s Longitude Festival has been celebrated in an ecstatic fashion by lovers of contemporary rap and hip hop music. However, the Marley Park festival is said to also be doubling up as the most effective way to discover whether or not you are still cool, experts in coolness can confirm…. Read more » WATERFORD native Sean Fannelly has shocked his friends with the revelation that when it comes to music, he has managed to exist on an audio diet of just five albums over his entire life. 36-year-old Fannelly, who cites his music tastes as being ‘all types of music’, has spent a sum total of €0 on albums… Read more » FANS of getting your kicks out of annoying someone with a blanket statement you’re only throwing out there in order to get a reaction out of people will love saying ‘I hate The Beatles’ over and over again, WWN Trending can confirm. Saying you hate The Beatles isn’t for everyone, though, as many people mistakenly… Read more »

A STUDY from the Institute of Band Reformation in England has confirmed that the decade informally known as ‘the 90s’ or ‘de 90s’ no longer contains any bands who have yet to bury the hatchet. After Swedish chart toppers Ace of Base reformed on the same day as 90s Japanese band Big Boobie Boogie, who… Read more » THE remaining members of popular girl group TLC are to roll back their strict ‘No Scrubs’ policy, following a social media campaign which strongly criticised their 1999 hit song as being ‘blatantly Scrubist’. Scrubs and busters from around the world took to Twitter this week to hit out at the lyrics of the song, which… Read more » 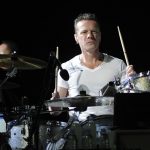 U2 REARMAN Larry Mullen has kicked off legal proceedings against a number of construction firms regarding a development beside his north county Dublin home, in what is expected to be a steady, driving lawsuit which will fail to excite but serve its purpose perfectly well. Mullen, 56, clicked his drumstick together four times before hitting… Read more » 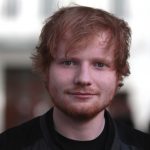 KNOWN as a serial audible offender, the English man was spotted by keen-eyed music fans yesterday evening, WWN understands. Edward Sheeran, known to the Gardaí, for a series of music terror offences committed across Europe and the wider world, is said to be armed with a guitar loop pedal and presumed to be dangerous. “We’d… Read more »