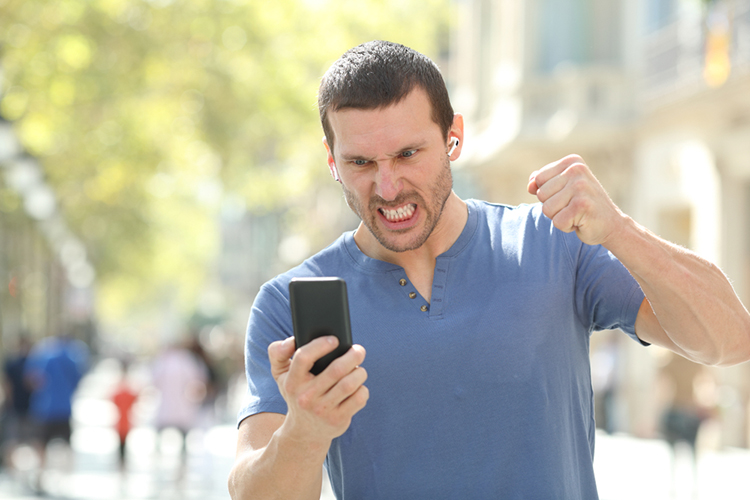 SOME complete and utter prick has called right on the drop of your favourite track forcing Spotify to pause, presenting an irate you with a decision on whether to answer your phone and engage with the inconsiderate asshole or not, WWN has learned.

Calling as the hairs on the back of your neck were literally standing up in anticipation of the best part of the song, the fact it’s a close friend does nothing to reduce your irritation at the blatant disregard for pulling out of the moment.

“I wouldn’t even bother answering after that,” advised a member of a focus group we set up to figure out what you should do next, “did the person in question even give a text message warning that they were going to ring, or did they just take it upon themselves to cold-call the receiver out of the blue?”

Persisting with the call further, and fueling your anxiety even more, the focus group believed three rings should have been enough for the caller to realise you’re not going to answer, sparking fears now as to the severity of the call.

“It’s getting very intrusive now if you asked me,” voiced Donna from our focus group, who would be well versed in this kind of carry on, “if they decide to let this call ring out that shows the kind of animal you’re dealing with here, and for respect’s sake, don’t you dare answer the call as they’ll just keep on doing it to you again”.

Following the advice, you let the call ring out and go to voicemail, before restarting your track.

“Yeah, fair play, the song’s kicked back into gear but it’s just not the same, is it? All the person is doing is chasing the first initial moment, but he’ll never get there – not after all that bollocks – everything is ruined now,” our focus group concluded.