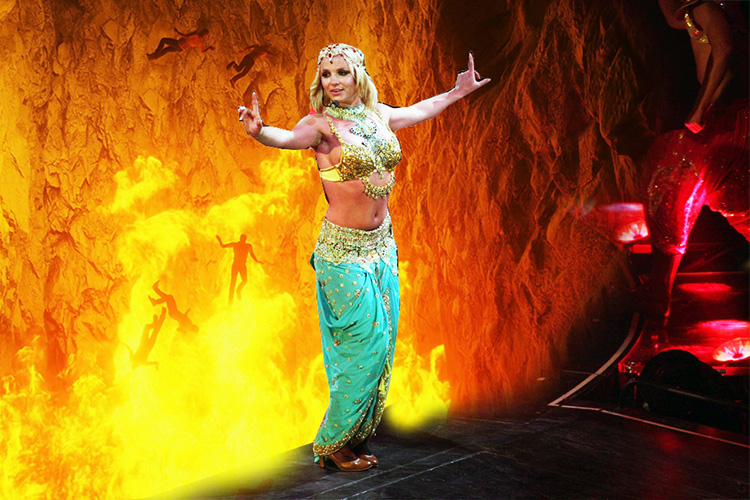 THERE was complete radio silence from the hashtag Free Britney crowd this week as the newly-emancipated singer completed the incantation to open the rift between our world and that of the Shapeless Ones, doubtlessly dooming us all.

As the entire west coast of America slowly began to be consumed by the inky death issuing forward from the portal, Spears’ father and former conservator couldn’t help but hide a smirk as he spoke to us about how ‘all this wouldn’t have happened’ under his watch.

“Everyone would say ‘oh, that Jamie Spears, he’s an asshole, he’s keeping his daughter under control for financial gain’, well, look at what I’ve been trying to prevent for the last 13 years” said 69-year-old Mr. Spears, who was removed as his daughter’s conservator just a week prior to what is now being described as the end of all things.

“Lot of people thought they knew my daughter better than I did, well what do we have here, eh? All of that pent-up dark sorcery that she learned from her time as a Mouseketeer, and I was the only one with the runes that kept her from connecting with realms beyond the ken of mortal men. Well, you guys blew it now. Get ready for a hundred years of darkness and screaming that will make you wish you were listening to Britney’s 2008 album Circus on repeat”.

Meanwhile, ardent Britney fans are remaining adamant that the incantation the singer used to unleash this hell ‘doesn’t sound autotuned’.