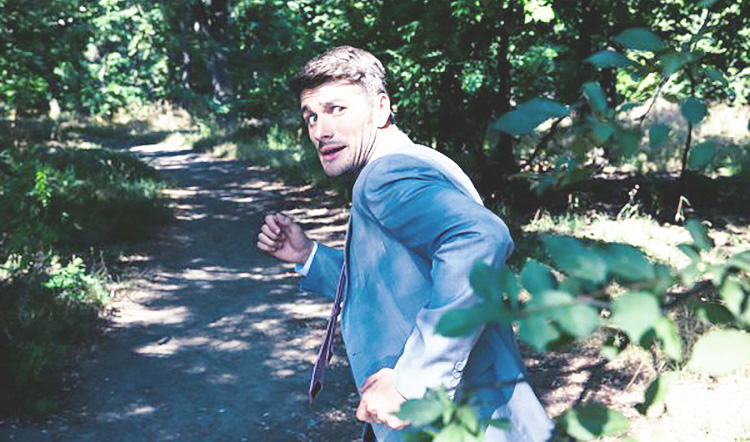 SOURCES in Waterford City have pinpointed the whereabouts of one Michael Rotchford living at 189 Saint Oteri’s Place who has openly admitted to not taking the vaccine, despite apparently showing no signs of being some kind of anti-vaxx conspiracy theory nutjob, WWN has learned.

Rotchford, who says he’s going down the ‘organic anti-body approach’ as he already contracted Covid-19 four months ago and will not bother taking the vaccine citing something called ‘choice’, usually leaves his home around 8:35am for work, which this publication thinks is a perfect time for everyone to chase him down and ridicule him over his poorly thought-out decision.

“Hey, why are you following me, who are you?” the twisted son of a bitch shouted back at this reporter when followed to work one morning, mask clearly fallen below his nose, “look, I’m going to take my chances, okay? I mean, I just had the fucking virus, so I’ll take my chances with my own anti-bodies, ya know?” he yelled now running away like a little rat, before being advised we’d be back for him.

Speaking to friends and family members, it became clear the 34-year-old has no regard for anyone’s well-being around him, because if he did he’d know he was basically a walking nuclear virus bomb strolling around with the sole aim of detonating one day and obliterating everyone.

“Ah, no we’re actually fine with it,” one compromised friend stated, obviously brainwashed from Rotchford’s web of lies and deceit, “it’s not like the vaccine will put a Covid force field around him like, once other people are vaccinated, they should be fine, stop making him out to be some kind of complete mentler”.

Disregarding any ridiculous calls to leave the man alone, WWN proposes waiting outside Rotchford’s house tomorrow morning at half eight and putting an end to his unvaccinated rampage for the greater good of humanity. A trained sniper is on hand to shoot Rotchford with a vaccine once he emerges.

NOTE: All attendees must show their vaccine certs upon arrival and wear masks to avoid certain death. Let’s get him, guys!