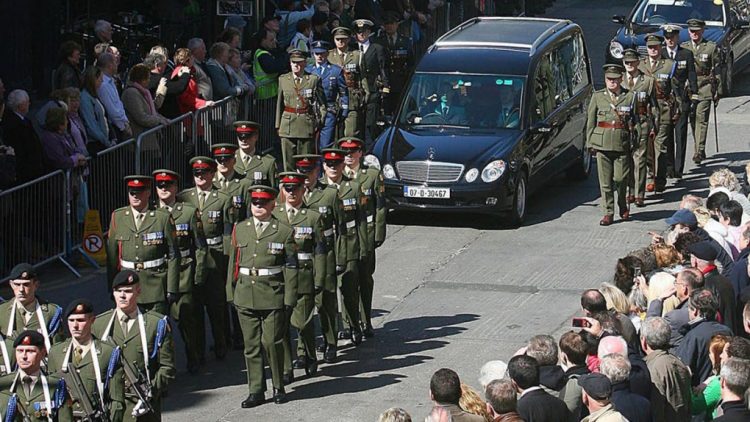 THE slow, painful and undignified death of Ireland’s 12.5% corporation tax rate has occurred with the Taoiseach Micheál Martin confirming it will be given a full State funeral.

The coffin carrying the deceased tax rate will be carried in a modified seafaring hearse, starting it’s journey in Silicon docks, briefly detouring via Apple in Cork on its way to passing a who’s who of Ireland’s 56 businesses with a turnover in excess of €750mn.

“Oh the pain, it’s like someone has taken a shit on my heart,” said Minister for Finance Paschal Donohoe, practicing his eulogy in the mirror ahead of the funeral and dressed in black complete with a mourning veil.

Like other State funerals before it, crowds will throng the streets to pay their respects but the government has allocated a budget for the hiring of 1,000 actors to work as professional mourners. Those struggling to cry are advised to observe the wailing of TDs and Irish economists and follow their lead.

Details of the traditional State funeral will be tweaked with gun-carrying military personal replaced by accountants from the country’s leading firms carrying calculators slung over their shoulder while solicitors will be filled with hot air and flown over the funeral cortege.

The gates of Leinster House have already collapsed under the weight of wreaths being left there by multinationals. However, the majority of multinationals have been accused of ‘crocodile tears’ over the passing of 12.5% as sources suggest they never made any attempt to really get to know the tax rate properly, avoiding it at all costs.

12.5% is survived by the Knowledge Development Box and a large extended family of loopholes.