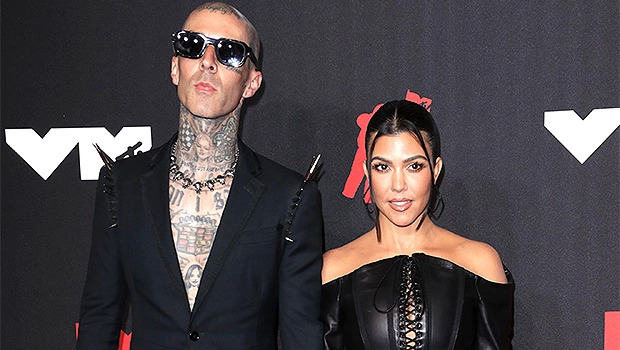 LIKE a slow motion car crash made entirely out of tattoos and vomit inducing PDAs, news of Kourtney Kardashian’s engagement to Travis Barker has prompted millions of women who went through their own bad boy phase to partake in the largest intervention ever committed in the history of ‘we tried to warn you’.

“Sure, your mom is for sure like super pissed and you get a kick out of it but girl, it’s time to stop – it’s not funny anymore,” confirmed one well-meaning and wise 16-year-old who went through her own bad boy phase this summer by dating a leather jacket wearing teenager who carried a copy of Catcher in the Rye with him everywhere.

“Kourtney, it’s not too late, don’t waste years pretending to be into Fugazi. He might seem edgier than a dodecahedron but it will only lead you to matching tattoos and laser removals sessions,” thousands of other women said, speaking directly of their own experiences of living through a bad boy phase they deny ever happened when reminded of it by friends and family.

99% of women who reported dating a bad boy with a heart of gold who understood them on a deeper level than anyone else revealed that with hindsight the relationship mainly consisted of making out nonstop and hanging out on bridges as their boyfriend said ‘hey watch me spit on these cars as they go by’.

“Sure, a bad boy will do really romantic things like make a candle that smells exactly like your orgasm but he’ll also do things you’ll look back on and say ‘wait a minute’,” added the I Dated A Bad Boy Support Group.

Elsewhere, parents everywhere have explicitly stated that you are banned from hanging out with Machine Gun Kelly and Megan Fox as they are a bad influence.