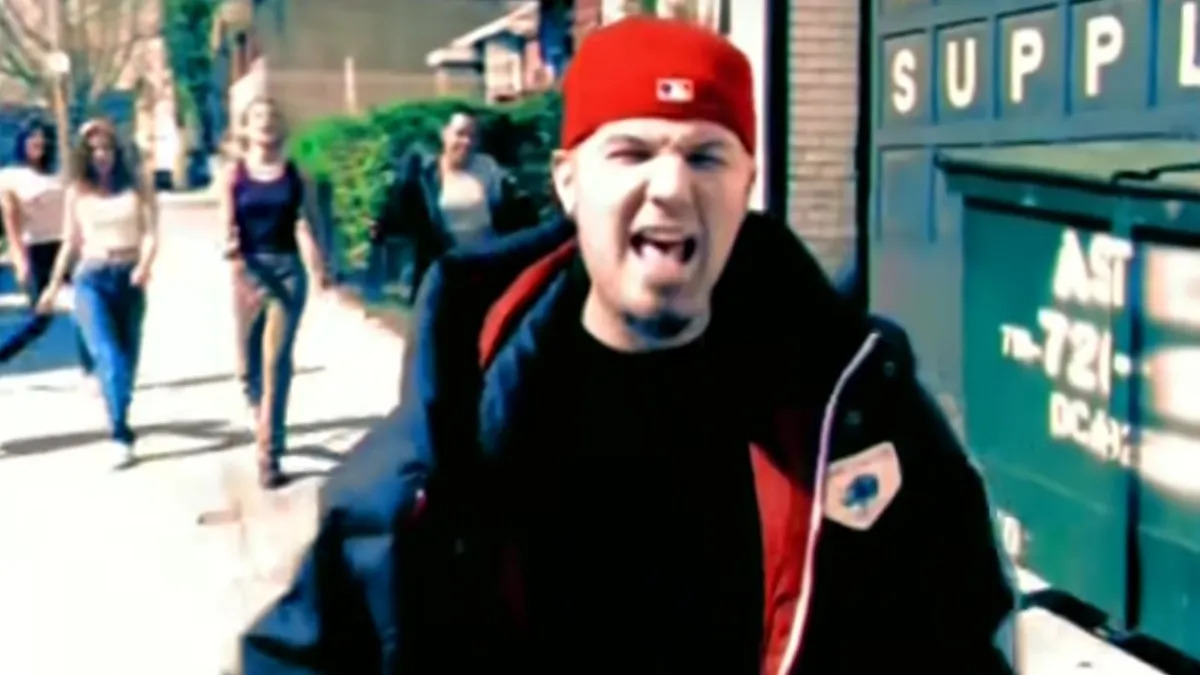 IT’S been a bad week for the Durst family following not only New York real estate heir Robert Durst’s guilty verdict for the murder of his best friend, but also the incarceration of his far-removed cousin Fred for crimes against music.

“I did it all for the nookie!” screamed the 51-year-old Limp Bizkit frontman as he was lead away to swap his red cap for an orange jumpsuit and begin his life sentence behind bars.

Durst joins the infamous ranks of musicians who have been imprisoned for their crimes, including:

The Prodigy: All members of the seminal group were jailed in the mid-2000s after pleading ‘no contest’ to a charge of arson.

Machine Gun Kelly: MGK is now out on parole following a 3-year charge for gun running and being a twat.

Sophie-Ellis Bexter: The British singer was convicted of manslaughter after her initial murder on the dancefloor trial was downgraded, as it was revealed that she acted in self-defence to stop the killing of the groove.

Right Said Fred: Iconic early-nineties duo Right Said Fred are currently in jail for being too sexy, and for spreading Covid misinformation.

Bob Marley: The reggae legend was able to convince jurors that he was not guilty of one law official murder, but they still gave him life in prison over the second.