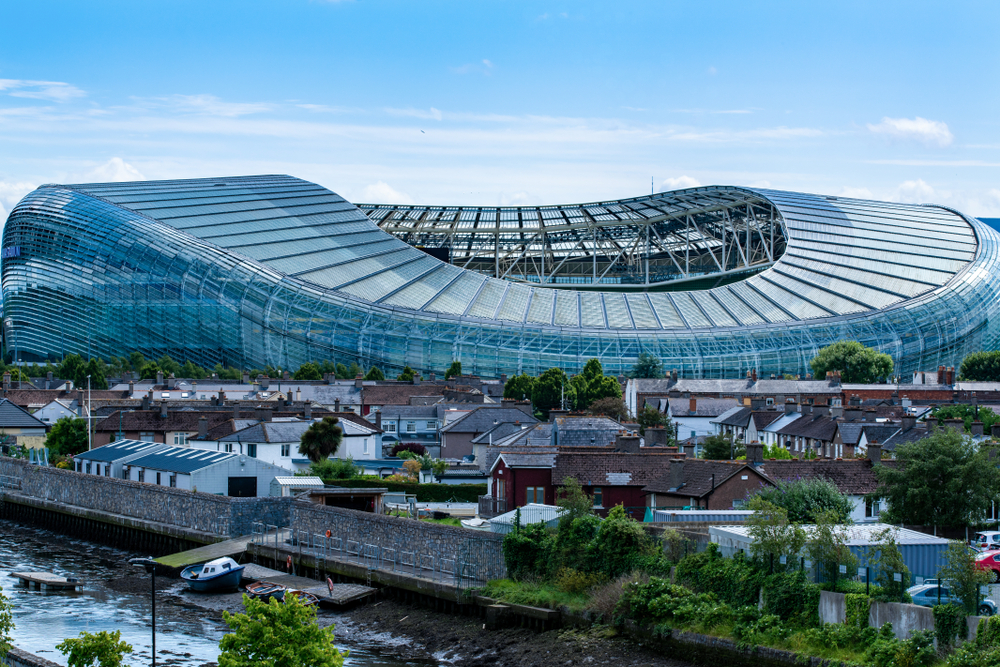 THE SCENE stealer chewing the scenery, there can be no doubt that RTÉ’s crime drama ‘Kin’ has an undeniable breakout star who is set for big things, but many viewers will be shocked to learn that this is the Aviva Stadium’s very first acting role.

“No, not even the Gaiety School of acting or Bow Street. Stuff like Billy Barry just never seemed an option to me,” Aviva explained, who has taken to sharing scenes with heavyweights such as Aidan Gillen and Maria Doyle Kennedy in its stride.

“I’d be lying if I said I wasn’t intimidated by them but they were all dead sound and so it just sort of became normal very quickly, acting and that,” Aviva added.

Commenting on the distinctive grey drab look of Kin, Aviva revealed that it isn’t an intentional choice by the show’s makers rather just how depressing Dublin looks.

“Aviva is a complete natural,” shared one of the series producers, “initially it was just a walk on part but the camera loves Aviva so we ended up rewriting everything so that the viewer gets to see Aviva at least 70 times each episode”.

Despite the warm welcome and talk of working on other projects, the online trolls have been out in force and accused Aviva having significant cosmetic work done in recent years to create a more ‘TV friendly’ facade.

“No, it doesn’t bother me, and I’m up front about all the work I’ve had done. Jibes about my name I find very funny actually – that’s my stage name, my real name is Lansdowne Road but my agent said to choose something more glamorous sounding, I’m not hiding anything it’s just showbiz,” Aviva said.

It appears that ‘Kin’ may just be the start of it as Aviva is lined up to play a spaceship in a number of upcoming sci-fi movies while there’s rumours it may be used as a location in an upcoming battle and massacre scene in a Portuguese production in November.