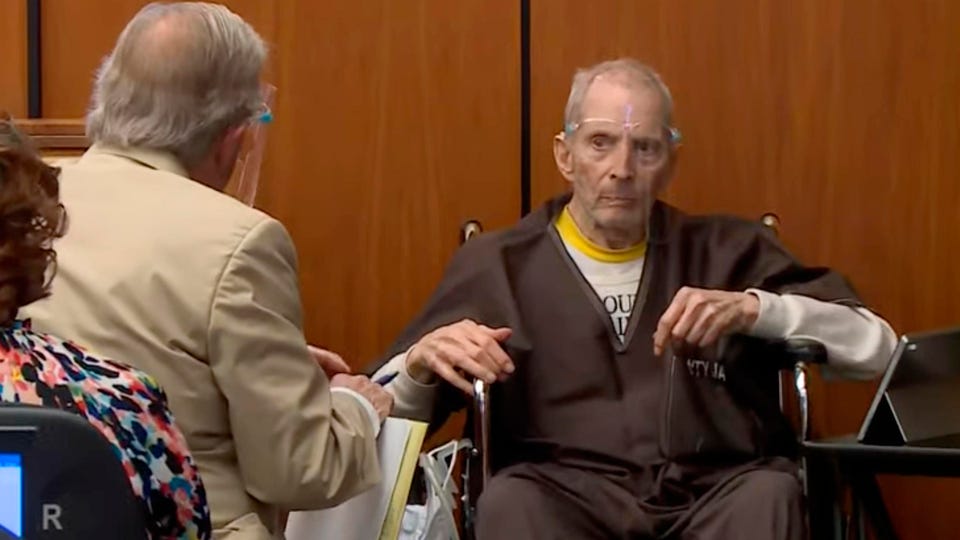 RICH WHITE people everywhere who presumed their wealth would insulate them from punishment for crimes ranging from fraud, assault, murder and minor war crimes are said to be in a state of panic following the handing down of a life sentence to Robert Durst, the subject of HBO documentary ‘The Jinx’.

“This isn’t the America we know, love and exploit,” confirmed America’s law evading rich, in a joint statement.

Following the unprecedented verdict and life sentence for Durst, on trial for murdering his friend Susan Berman, there have been calls from the rich and powerful to have every judge in the country take a drug test lest this sort of uncharacteristic behaviour spread like a disease through the courts.

Law firms rushed to reassure any wealthy client who may be planning to murder a friend or spouse or defraud investors out of money that firms will double their efforts to make sure it has no material effect on their lives whatsoever and they carry on with impunity.

“Like an innocent minority not catching the rap for a crime they did not commit, a rich person going to jail for murder is a rare anomaly that you do not need to worry about. Think of it as a rare phenomenon like Hayley’s Comet or Hollywood making an original non-comic book movie,” cautioned legal experts in a comforting tone.

Elsewhere, a number of judges responded ‘I genuinely didn’t know you were do that’ to learning of Durst’s sentencing.