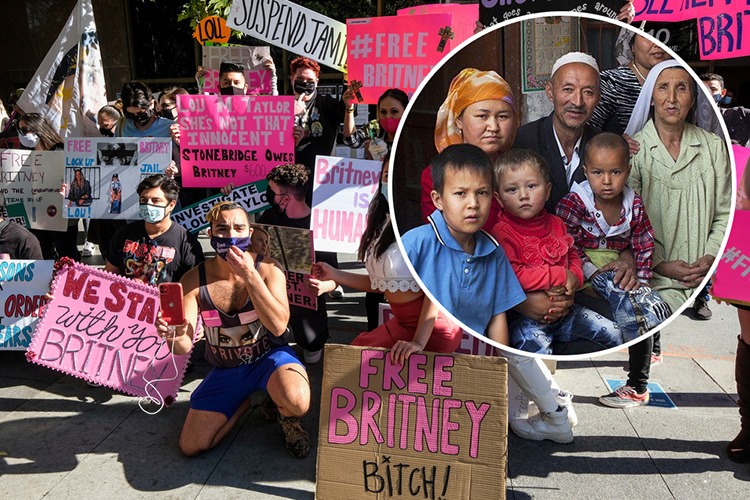 A SOURCE close to Britney Spears has thanked her legions of fans for their years-long ‘Free Britney Now’ campaign that helped the singer escape from her father’s conservatorship after 13 years, and has urged them to ‘see what else they can get done’.

Spears had been under her father’s control since 2008 amid fears for her mental wellbeing, leading to a recent spate of documentaries, marches and protests that eventually lead to judges appointing a conservator of Britney’s own choosing.

Many now believe the fan-fronted campaign is the kind of grassroots movement that could benefit a number of causes including:

Reports suggest that almost a million of the ethnic minority are being held in what China refers to as ‘re-education camps’ in the Xinjiang region, with international governments slow to intervene because reasons. Although the Uighur Muslims have admittedly had far fewer absolute stone cold dancefloor classics as Ms. Spears, fans of the singer have been nudged to see what they can do now that they’ve got some time on their hands.

Another day, another crisis in the Middle East… another hashtag? Protestors buoyed by that tingly, feel-good sensation of doing something just and fighting back against oppression could turn that energy towards the wartorn country of Yemen, to see if they can shine a spotlight on the plight of thousands of displaced refugees. Which again, nobody else seems to be in any rush to do. Crowd support to the rescue!

Look, this list could go on all day. Throw a stone at a map and you’ll find people in need of getting their message amplified and out there, and the last year has proved that you can’t trust the relevant authorities to do anything, but you can trust a motivated, energetic group of mostly gay men and middle-aged women to knuckle down and fuck shit up. The fate of the world lies in your hands, guys! Can you whoops, do it again?