IT WAS with great confusion that the WWN team took to the red carpet at the MTV European Music Awards at the weekend, tasked with holding interviews with the biggest names in music today. Like a group of indigenous tribespeople attempting to order a 12″ Hawaiian pizza on an iPhone, it became apparent to the… Read more » SOMETIMES Mammy and Daddy can be too busy to play with you because they are fighting. WWN KiDz is here to show you how to entertain yourself with fun games until the latest row blows over: 1) Cover your ears. When Daddy uses his big lion-roar voice, but not for bedtime stories, it can be… Read more » WHETHER it’s Breaking Bad, The Sopranos, Orange Is The New Black or The Walking Dead, we’ve all got that friend who’s still on season one who keeps telling everyone to “mind the spoilers” when talking about their favourite TV show. But if you and the rest of the gang want to talk about the Boxset,… Read more » Hollywood always talks about striving for authenticity, but more often than not either poetic licence or the desire to make sure America gets credit for anything good that’s ever happened in the world gets in the way. But not every Hollywood production plays so fast and loose with history… some are extremely accurate, especially for… Read more » AS outlined in the Irish constitution, every Irish man, woman and child has the inalienable right to start the working week off in an absolute hoop, and not have it reflect poorly of their standing within their workplace. However, it is not always the easiest experience for anyone who chose to drink excessively the day… Read more » BRRRR! Winter is fast approaching, so it’s time to get yourself nice and warm with some fashionable headwear that looks great and keeps you toasty. This season’s must-have headpiece? The balaclava. After spending decades being negatively associated with terrorist organisations, armed robbers and professional hitmen, the humble ‘clava is finally back where it belongs, at… Read more » 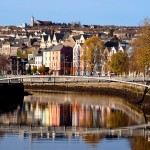 The first entry in WWN’s Guide series to feature an entire county, and what better county to kick things off than the Rebel county? Here’s everything you need to know about Cork: Founded in 1890 by Michael Collins, Cork holds the greatest number of Cork records anywhere in the world. ‘Best Cork’, ‘worst Cork’ and… Read more » AS nurses at St Vincent’s Hospital begin work-to-rule action, WWN can exclusively reveal that these health workers, who have a disgusting expectation of a modern, well functioning health service, are in fact money mad millionaires who just want to line their own pockets. Above is the home of Galway based nurse Heather O’Brien. The mother… Read more » WITH hocking mucus from your nose becoming more and more popular among sports stars, we here at WWN have put together a handy guide to help you snort it like Beckham. Consume plenty of dairy products before a game. Dairy products have long been known to enhance snot consistency and is key in congealing your mucus… Read more » He was the breakout star of the most popular viral video during the period of March 5th to March 31st of 2012, but since then many people have asked the question: where is Kony 2012? WWN’s investigative team can, after painstaking research, finally reveal the answer: Kony 2012, now going under the name Kony 2015,… Read more »