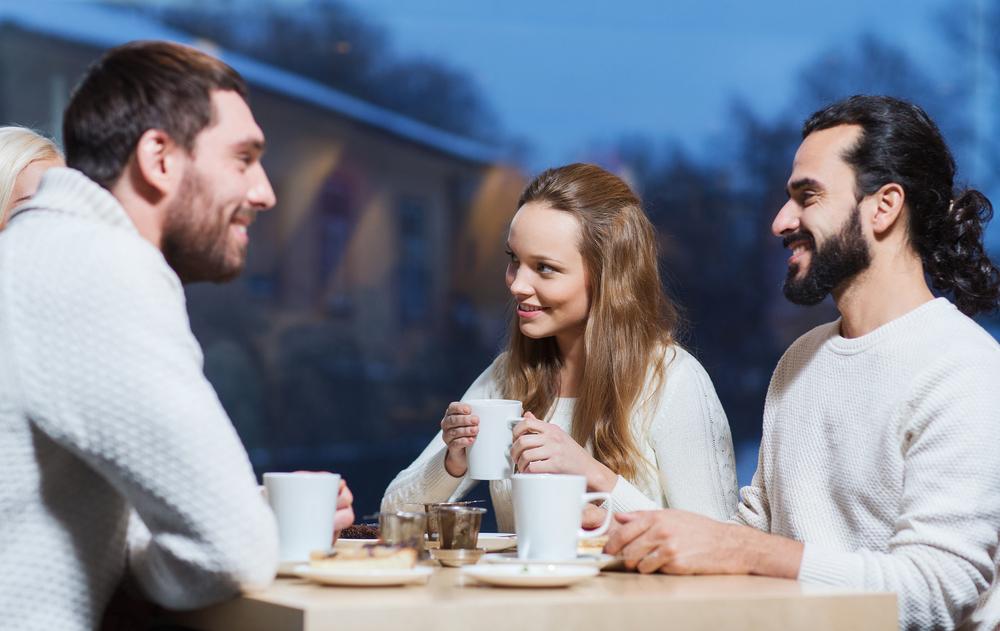 WHETHER it’s Breaking Bad, The Sopranos, Orange Is The New Black or The Walking Dead, we’ve all got that friend who’s still on season one who keeps telling everyone to “mind the spoilers” when talking about their favourite TV show.

But if you and the rest of the gang want to talk about the Boxset, you just finished while in the company of someone who watched one episode months ago and hasn’t made any headway since, then just follow these steps!

Just talk about it. Seriously, fuck that guy. It’s not your fault that he hasn’t had the time to watch a TV show that went out years ago. How long are you supposed to wait before you can talk about it in peace with all the rest of your friends? If Mr. “I’m-only-on-episode-2” has a problem with it, he can go stand outside.

We repeat; fuck that guy. Who made him king of what you can and can’t talk about? If you want to discuss the series finale, then you do so. Why should you have to ask permission to talk about something?

And don’t dance around it, and say “oh wasn’t it great when blank got that blank”, just go into full detail. Spoilers? You’re saying we’re spoiling things?

Nah, we’re not spoiling anything. The guy with no intention of ever watching The Sopranos, but insists that nobody tell him what happens in it, HE’S spoiling things.

Kill him and dispose of his body by dissolving it in acid. Just like Walt and Jesse do with that kid in season 5. What, you’re not that far on yet? Get fucked!