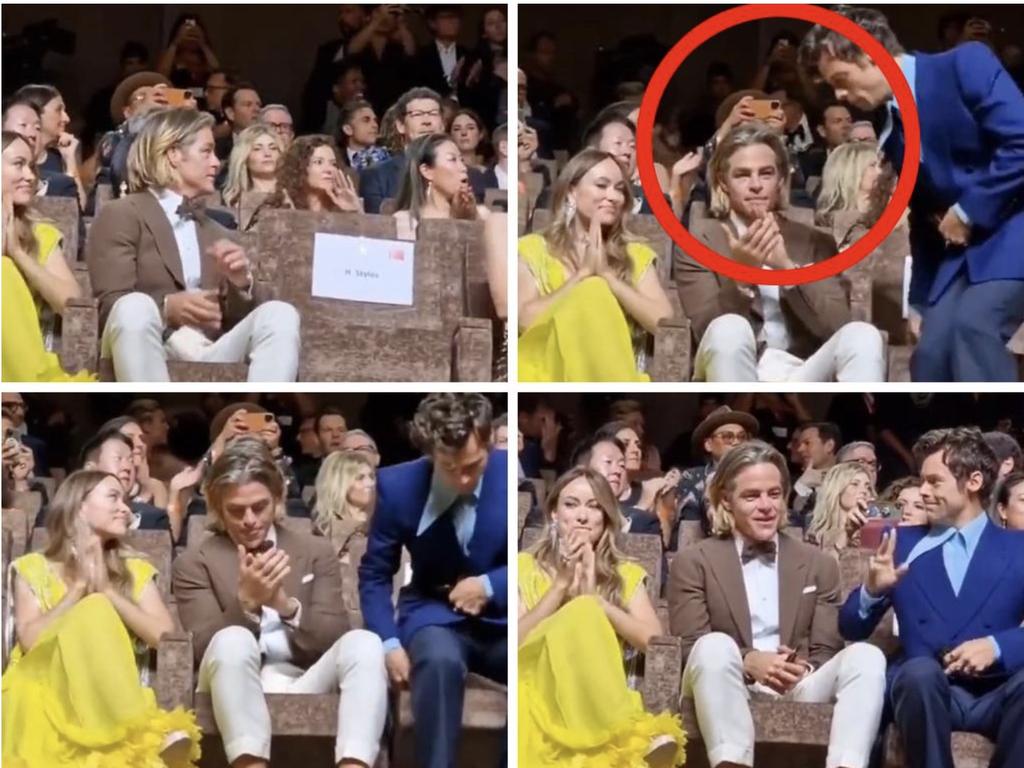 CROWD footage from the 79th Venice Film Festival that appears to show popstar-turned-actor Harry Styles spitting on his ‘Don’t Worry Darling’ co-star Chris Pine has ground worldwide production to a halt for the rest of the day, perhaps even the week.

In dramatic scenes reminiscent of Will Smith slapping Chris Rock at the Oscars earlier this year, Styles seemed to hock a spit on Pine as he took his seat beside him before a screening of Olivia Wilde’s drama and while alternative angles of the incident seems to suggest he didn’t actually spit, that hasn’t stopped people from losing their minds (and their productivity) for the entire morning.

“The spit isn’t even the half of it, you’ve got Olivia Wilde getting served divorce papers in the middle of the press junket a few weeks ago from Jason Sudeikis, whose best friend Zach Braff was dating Florence Pugh, the female lead on Don’t Worry Darling so she would have been there to witness Wilde copping off with Harry Styles during production and then just blabbed all to Braff, who told Sudeikis, who divorced Wilde, who was riding Styles, and now you’ve got Florence Pugh clearly not talking to anyone at the festival while Harry Styles snots up all over Chris Pine who must be thinking ‘what the fuck did I do?!’,” said one Waterford man we spoke to, in one breath.

“And that’s before you bring in the whole Shia LeBeouf thing. This thing is a big dirty mess and it’s the best thing that has ever happened. I don’t see how anyone could be expected to do a day’s work when all this is going on”.

The footage of the alleged loogie is currently being analysed in closer detail than the Kennedy assassination, while Don’t Worry Darling has been scrapped as it couldn’t possibly live up to the drama that it has created.