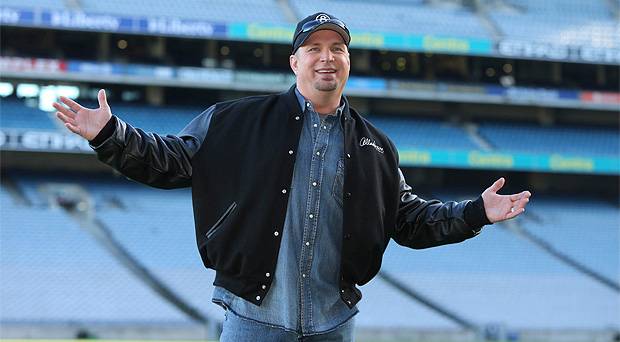 IT WAS MEANT to be five nights of triumph and a celebration of his music but not even Garth Brooks is immune to the soaring cost of tourism in Ireland.

With hotel prices cynically hiked across Dublin and its surrounding areas during his five night residency in Croke Park, Brooks has fallen victim to high prices and a lack of affordable alternatives with the country music legend resigned to sleeping in his car.

“It’s a big old American Ford truck so there’s a bit more room than your average Irish car but when I saw the prices I was being quoted… we’re talking 3-star, I refused to be held to ransom like that,” explained Brooks, who asked us if we could dispose of his bottles of urine in the nearest bin.

“300 quid a night for someone’s shed? It’s advertised as located close to the city centre. Boy, you wanna see how pissed off I was when I found Offaly on the map. And it doesn’t even have wi-fi,” said Brooks, now line dancing in his car to keep warm.

Brooks explained how he had reached out to fans for help but just received thousands of jokey response all centred around ‘Friends In Low Places’ based puns.

“I’m a country boy, I could happily sleep under the stars in a field but obviously with five concerts to put on it’s be nice to have somewhere to call home,” Brooks added, as popped into his nearest Boots for some toothpaste and Lynx Africa.

UPDATE: An offer of accommodation have been delivered to Brooks by local Croke Park residents who are happy to give him room and board for the reasonable price of cancelling five concerts.