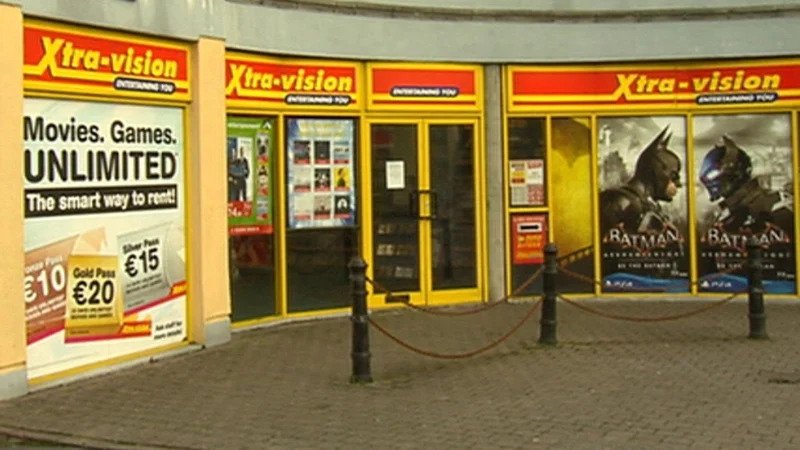 THE failure of the government to roll out high-speed broadband across the country has been a bone of contention for many, but it has been a lifeline for the proprietor of the country’s last remaining branch of Xtra-Vision, tucked away in the wilds of Mayo.

“While the rest of the country has embraced streaming, the people around here still only receive RTE 1 and 2, and maybe TG4 if the wind is blowing right,” said Damian McAnlon, who has managed the Gobhein village branch of the once-mighty video rental chain since 1987.

“So it’s either come here and rent out a video, or drive into one of the bigger towns and sit in your car watching a film on your phone. And a lot of people these days just don’t have the money to do that so that’s what keeps me afloat”.

Browsing the aisle of the small store, we’re instantly transported back to a time where movies weren’t available at the click of a button, and weekend entertainment was determined by whether or not you got to the shop in time to rent the last copy of Flubber. We’re surrounded by rows of DVDs in categories such as action, drama and horror – but also by a huge number of VHS tapes as well.

“See, a lot of the new films on Netflix or wherever, they never get released on DVD. So I have a lad in Dublin who tapes them for me and sends them back here,” explained Mr. McAnlon, while printing out a laminated membership card for a young lad who didn’t look 18, but who are we to deny him his afternoon with 9 1/2 Weeks.

“Not strictly legal, but then again neither is clinging on to the Xtra-Vision name and branding after they went out of business in 2016. If anyone wants to sue, they can sue. I’m not sure what they think they’re going to get from a lad running a video shop in the depths of Mayo, but they’re more than welcome to a large number of previously-owned Runaway Bride tapes”.

The store has been in the news recently after McAnlon was released without charge by local gardai, following the shotgun death of a man who we’re told ‘had been warned several times about not rewinding rentals before returning them’.