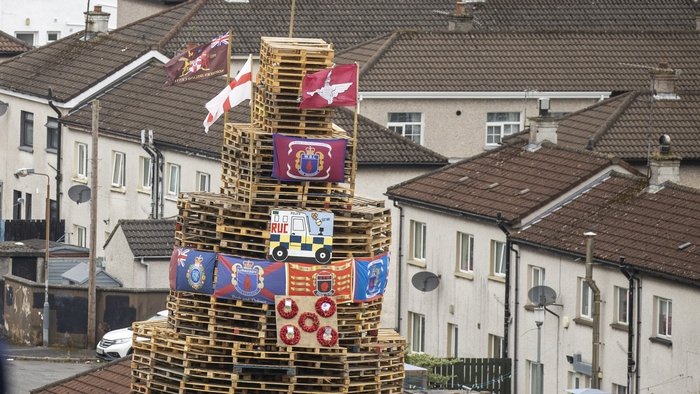 THERE HAS BEEN widespread condemnation of a Nationalist bonfire in Derry which saw remembrance poppies, Union Jack flags, images of the Queen and much needed brain cells set alight, WWN has learned.

“Sadly a well-meaning exercise that was part of a cross community cultural exchange programme has not gone to plan,” said organisers as a hateful and ignorant bonfire so beloved by Loyalists ended up in Nationalist hands.

“While some Unionists wains were off doing a bit of Irish dancing and having a go at hurling in an effort to bridge divides that still plague our young, we allowed the wee Nationalists to engage in some culture – Unionist style. We regret this,” said one official, in what is surely their last time organising an event of this nature.

An inquiry has now been launched into how exactly a group of young Bogsiders got their hands on the Union Jacks, poppies and several effigies and all such cross community outreach has been put on hold.

“I’m sad to report the petrol bomb workshop has been cancelled, there’s a lot of disappointed kids on both sides,” shared one adult, who seems hellbent on teaching today’s children nothing but the past.

Meanwhile, both Unionist and Nationalist communities have denied they are the cause of a worldwide pallet shortage affecting the transport of goods across the globe.

Elsewhere, the vast majority of people have restated for the thousandth that ‘we could really do without this shit’.