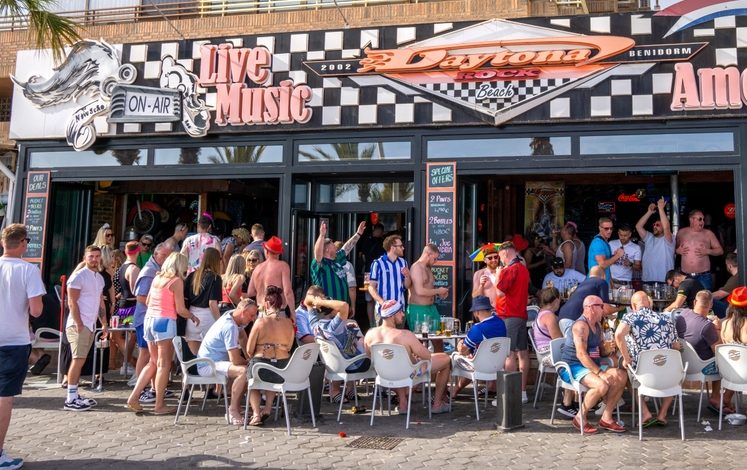 ANY hope that Brexit would see a reduction in lagered-up British pissheads eating plates of beans in blazing sunshine of Europe’s favourite holiday destinations have been dashed, after a recent survey showed no fall in the number of Britons travelling abroad this year.

“For a country of people who held a vote to decide how much they hated Europe, they’re never out of the fucking place,” sighed a spokesperson for the Europe-wide study that showed Brit-levels in Europe are now at pre-covid, pre-Brexit levels.

“There wasn’t this many of them over here during World War 2. They’re everywhere. If you can’t see them, you’ll hear them. Hell, you can hear some of them from space. Sitting out in the midday Spanish sun complaining that none of the locals speak English, getting shit-faced and smashing the place up at night… and that’s just the children”.

It had been hoped that oppressive ‘non-EU’ passport lanes in airports would be enough to make the British think twice about traveling to Europe, but it appears that this process merely ‘riles them up’ before they fly off.

“It’s like shaking a wasp nest,”, the report read.

“And it’s all they talk about when they get over here; how hard the flight was, how it’s so difficult for them to go on a holiday and yell at the locals because they don’t sell some piss-warm beer on tap… then if you ask did they vote for Brexit, and it’s a yes every time. Oh was it hard for you to get through passport control? Well whose fault was that, numbnuts?”.

We reached out to some British gentlemen in Santa Ponsa for comment, only to be asked if ‘we were starting something’, and if ‘we wanted some you cunt’.