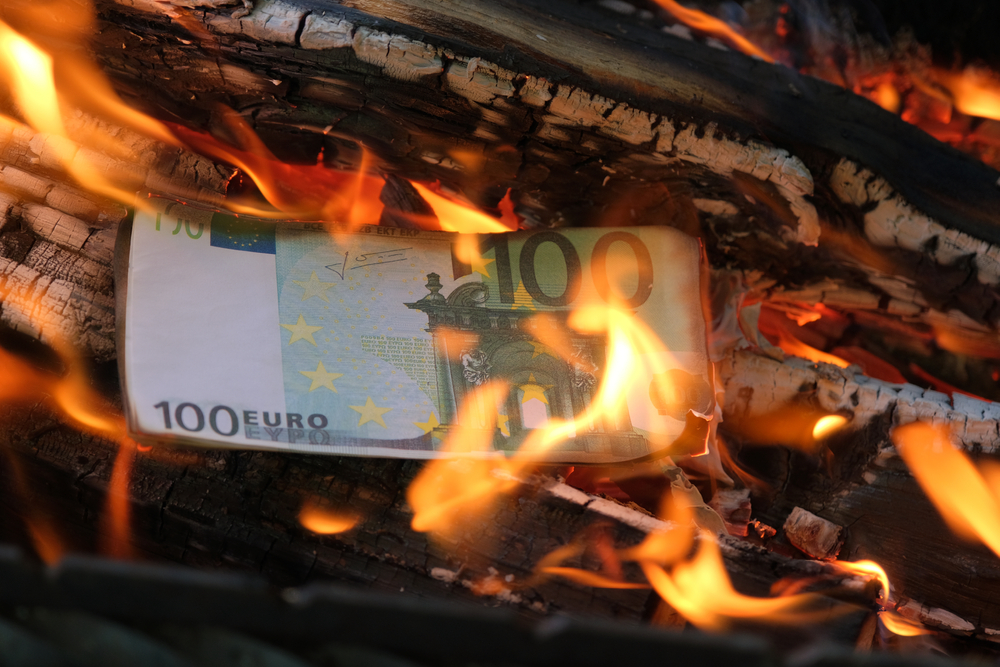 A NEW consumer study has found that burning euros to heat your home is actually 25% cheaper than consuming oil and gas, WWN reports.

Simply extracting all your cold hard cash from the bank, stacking it into a neat pile in a fireplace and setting it all a light will keep tens of thousands of Irish homes warm during the winter.

“We never thought it would get to this stage, but this is a solution nonetheless,” said Finance Minister Paschal Donohoe, “to cater for this we have lifted laws criminalising the destruction of bank notes so feel free to burn them without reprieve”.

However, just moments later after being approached by several men in dark suits, Mr. Donohoe reversed his decision, citing worries from energy companies who said they would lose out on even more profits if the burning of money was allowed by the public.

Meanwhile, Taoiseach Micheál Martin vowed to consider a windfall tax on energy companies in the upcoming budget after bumper profits throughout the industry continue to rise while struggling families are left in poverty.

“Of course, will seriously have a good long think about taxing these companies who are using the war in Ukraine as an excuse for profiteering,” Martin stated, before being asked why he just doesn’t implement a national cap on fuel prices, “Cap the profits on the biggest energy companies run and owned by some of the world’s largest and most shadowy investment funds? Who do you think I am? I’m just a prime minister of one of the most wealthy Western nations on earth here – it’s not for me to challenge them”.