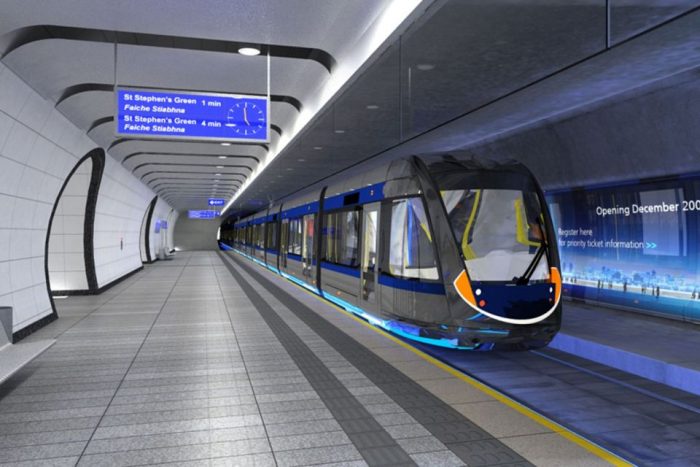 FROM the ‘Time in the Slime’ to the ‘Floozie in the Jacuzzi’, you can’t beat a Dubliner for coming up with a catchy nickname for every new monument or piece of public transport infrastructure that gets put into place around the city.

With the Luas already available in ‘Jerry Lee’ and ‘Daniel Day’ varieties, the spotlight now falls on the proposed MetroLink railway linking the north of the county to the middle of the city. And although the long-gestating project may not be with us for another decade, those irascible Dubs already have a shortlist of proposed nicknames including;

The Dubs admit that some of these do not represent their ‘best work’, and that they may have peaked when they christened The Spire the ‘Stiletto in the Ghetto’.