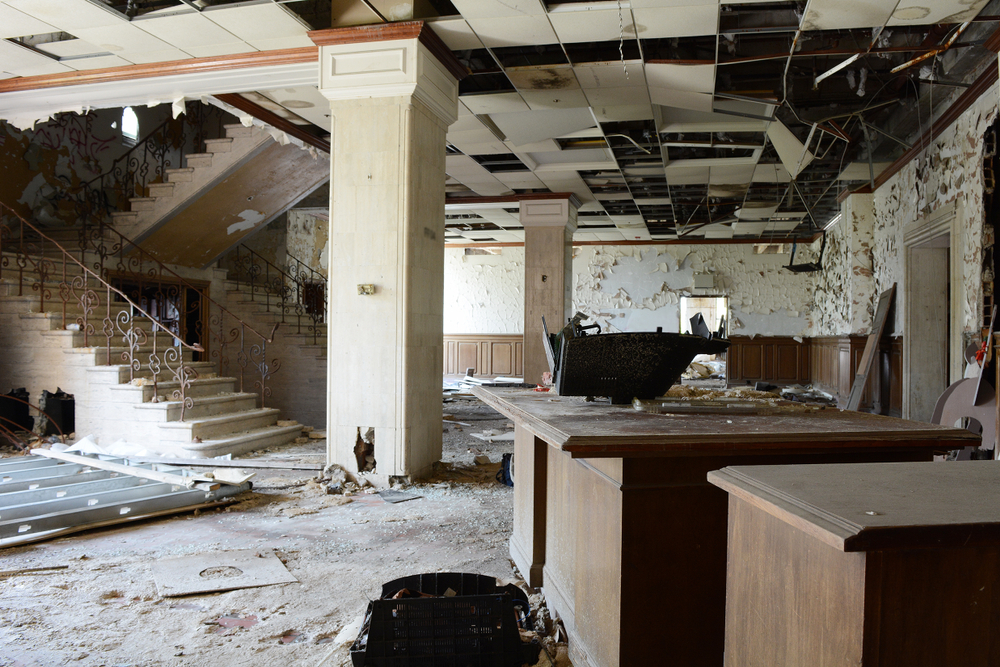 MINISTER FOR RURAL and Community Development, Heather Humphreys recently announced the government will pay for 10,000 remote working days at hot desking hubs around the country as funding for expanding and refurbishing hubs is also made available.

Many workers will be keen to avail of such an offer but it’s important to know the exact working environment you’re letting yourself in for which is why WWN took to its nearest remote working hub to do some research.

Here’s what we found:

The dynamic future forward workplace of tomorrow is using dial up internet.

A lot of these hubs are housed in converted buildings such as old schools, post offices, garda stations or churches, but don’t worry you barely notice the screaming ghosts of tortured souls.

Each digital hub is fitted with a state of the art tech bro trying to sell you bitcoin. Given the recent plummeting value of cryptocurrencies be prepared for crying and begging.

In a bid to replicate that working-from-the-office feel, each hub is fitted with someone who will microwave a tuna sandwich.

A number of signs are on display including ‘this is a strictly touch base free zone’.

Those fearful such an atmosphere would be eerily quiet can rest assured there will be one prick conducting a Zoom meeting with volume on par with a dozen jet engine feeding on a flock of migrating geese.

One table will be reserved for someone who just needs somewhere to sit before plucking up the courage to tell their partner that remortgaging the house to finance their business venture – flat caps for birds – has been a disaster.

General food spread: whatever was on the reduced shelf in Tescos at the time of the 1916 Rising will be placed at something called a ‘snack bar’. You must sign a waiver stating you will not sue the hub if you suffer from ‘bowel implosion’.

Coffee, made from a pot consisting of the ends of discarded coffee cups collected from nearby bins, is also available.

There will be a beanbag which that one person will sit on with their laptop thinking it’s good for their posture. However, they will soon realise plonking themselves down there was a bad idea but will be too embarrassed to admit it so they’ll tough it out.