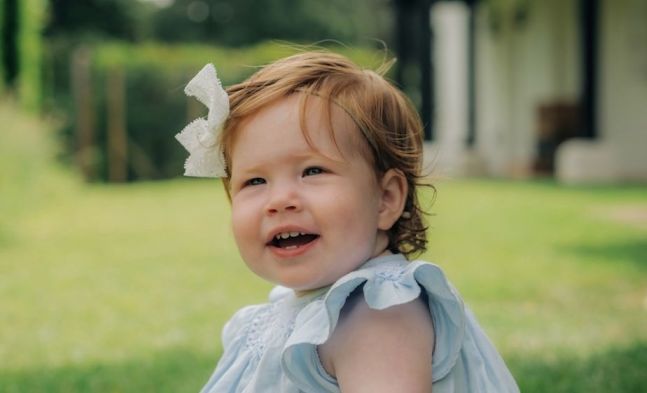 PRINCE Harry and his wife Meghan Markle have posted a photo of their daughter Lilibet on her first birthday, prompting many in the media and beyond to wonder if they should hold the adorable tyke the same scrutiny as they do her mother.

If you’re unsure about whether or not you should weigh in with your own two cents, here’s our advice:

Regardless of what you think about the British royal family, Meghan Markle, Prince Harry, the Queen, Princess Diana, the value of sterling, Brexit, Piers Morgan, the Falklands, fish ‘n chips, Dunkirk, the Black and Tans, the Guildford Four, the Famous Five, the Sinister Six, the Magnificent Seven, Ocean’s 11, Prince Charles, Camilla, Shergar, sherbert, Roald Dahl, Sophie Dahl, the Dalai Lama, llamas, alpacas, Peckham, David Beckham, ham and cheese toasties, the Lusitania, the Beano, FHM, Jimmy Savile, Top Of The Pops, Coldplay, or Coronation Street, none of these things should mean that you take them out on a little child who can’t even walk unaided yet.

3) The rest are fair game, though

If you want to have a go at someone, there’s plenty of royals of voting age and over that are more than fair game for your criticism. Go nuts! Start with that Andrew chap, you’ll be there a while.