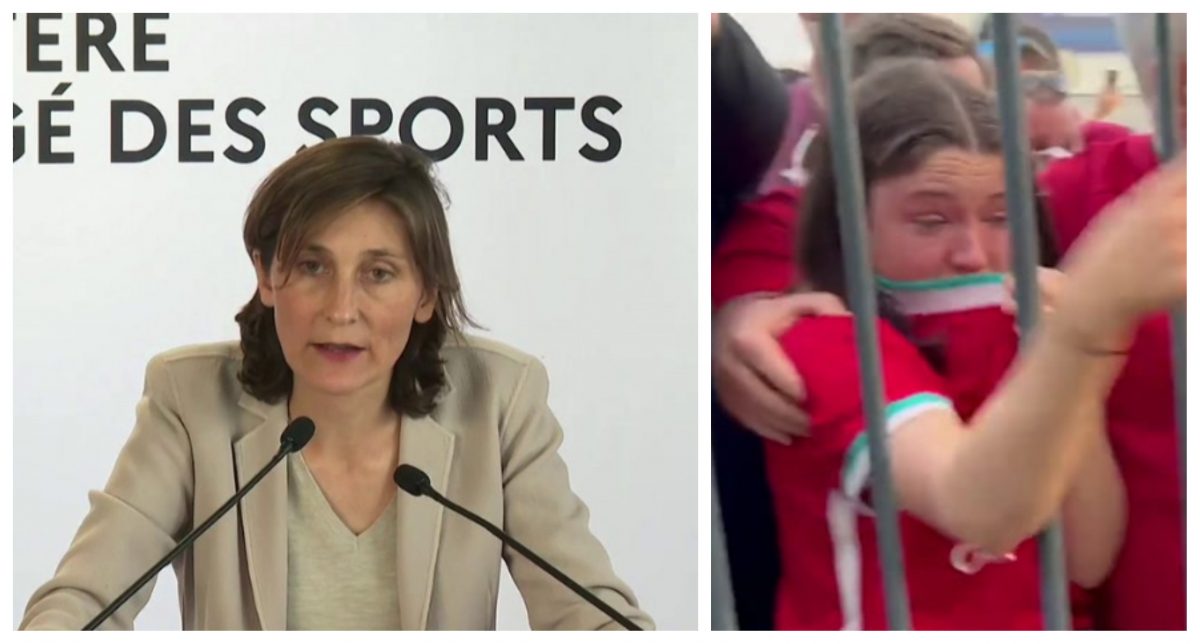 “What you must remember is these fans had already eaten a dozen police officers, and this caused some of them to double in size. Official pepper spraying guidelines clearly state that when the people you corral into a tight space continue to act even tempered – police are left with no choice but to punish, provoke and pursue a false PR strategy,” Oudea-Castera confirmed.

“It’s one thing to criticise, but no one has offered an alternative option to pepper spraying children. You’re all acting like there was another way to handle this,” the minister continued, sobbing like a child who had just been pepper sprayed by police.

Authorities also pointed to the prevalence of fake tickets being in circulation as a reason for the scenes with some estimating as many of 4 million Liverpool fans turned up armed with fake tickets and knives for teeth.

“As the tourists should have known in advance, Saint Denis operates on ‘vampire laws’; once it’s dark, you’re on your own,” added Oudea-Castera, of reports fans leaving the game were robbed and assaulted by local thugs as police watched on.

UEFA have promised to learn from the terrible organisation and vowed to better liaise with future final host countries.

“We’ve made huge errors, we admit that, going forward we’ll work on our communication skills with authorities so we can lie more convincingly about fans attending the games,” a spokesperson confirmed.