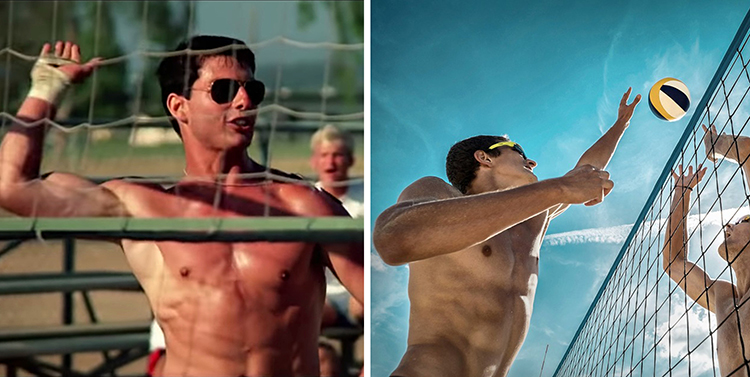 MARKING the impending release of Top Gun sequel Maverick, local man Alan Geoghan is getting in the mood with some quality topless rough housing with his nearest and dearest heterosexual besties, WWN has learned.

“I can think of no greater way to prepare for the masculine adrenaline rush that’ll come from watching Maverick than by engaging in a high concentration of horseplay with the lads,” confirmed Geoghan, mid-arm wrestle with a bulging hulk of a man.

“We’re talking oiling ourselves up for no reason and having a wrestle with only our boxers on, group showers in the gym and whipping pert arses with the end of towels, slow deliberate leaning in of crotches at head height when delivering a pep talk,” added friend John Ring as he hitched a piggy back on Geoghan, forcing the towel around his waste to drop to the floor.

“And if one of the boys needs me to wax their gooch you know they only have to ask. I want them looking their best and feeling confident. Just good, clean old-fashioned rough housing that is absolutely drenched in homoerotic heavy visuals”.

As Danger Zone blasted from some unseen speakers, the wild bucks high-fived in slow motion and took to a nearby bar where an impromptu singalong took place.

“There’s no way you can bench me pal, I’m telling you,” Geoghan shouted giddily as he was raised high above Ring’s head moments before collapsing on top of his friend, prompting a massive pile on by all the lads.